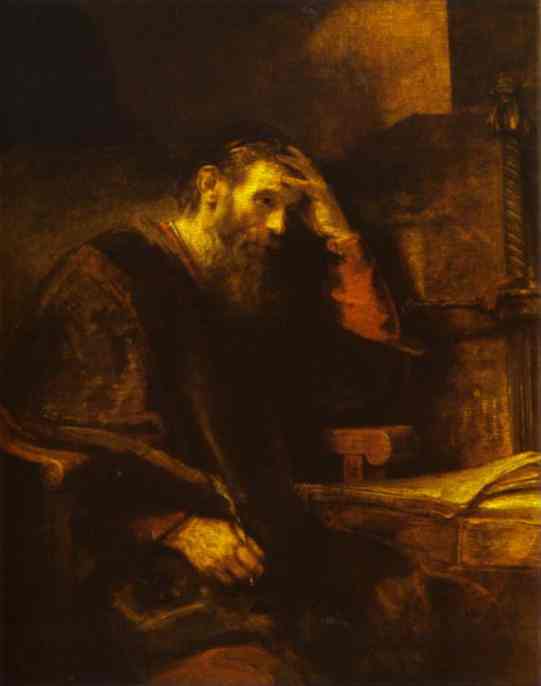 We have one particular idea right now that’s taking possession of people: the so-called idea of women’s liberation. This takes the form of women priestesses in the Anglican Church, and also in the Catholic Church, which is preparing for it now.

Of course, if you look at this seriously, sit down and think about it, and you read what St. Paul says about women and so forth, you have no problems. It’s all very clear that this is some kind of crazy new idea. But it is also very interesting to look at this more deeply and see where it comes from—why is there such an idea, what is it, what’s behind it?—because if you understand the strategy of the devil, you’re a little better equipped to fight against it.

This particular idea of women’s liberation can be traced back at least two hundred years. Of course, you can go back even before that, but its present from goes back at least two hundred years, to the forerunners of Karl Marx, the early Socialists. These Socialists were talking about a great new utopian age which is going to come when all the distinctions of class and race and religion and so forth are abolished. There will be a great new society, they said, when everybody is equal. This idea, of course, was based originally upon Christianity, but it distorted Christianity, and amounted to its opposite.

There was a particular philosopher in China in the late nineteenth century who brought this philosophy to its logical conclusion, as far as it could go. His name is K’ang Yu-Wei (1858-1927). He’s not particularly interesting except as he incarnates this philosophy of the age, this spirit of the times. He was actually one of the forerunners of Mao Tse-Tung and the takeover of China by the communists. He based his ideas not only on distorted Christianity, which he took from the liberals and Protestants in the West, but also on Buddhist ideas. He came up with the idea of a utopia which was to come into being, I think, in the 21st century according to his prophecies. In this utopia, all ranks of society, all religious differences, and all other kinds of differences which affect social intercourse will be abolished. Everyone will sleep in dormitories and eat in common halls. And then with his Buddhist ideas he began to go beyond this. He said that all distinctions between the sexes would be abolished. Once mankind is united, there’s not reason to halt there—this movement must go on further. There must be an abolition between man and animals. Animals also will come into this kingdom, and once you have animals… The Buddhists are also very respectful to vegetables and plants; therefore, the whole vegetable kingdom has to come into this paradise, and in the end the inanimate world, also. So, at the very end of t he world, where will be an absolute utopia of all kinds of beings who have somehow become intermingled with each other, and everybody’s absolutely equal.

Of course, you read about this and you say the man must be crazy. But if you look deeply, you see that this is coming from a deep desire to have some kind of happiness on earth. No pagan philosophy, however, gives happiness; no man-made philosophy gives happiness. Only Christianity gives hope for a kingdom which is not of this world. The idea to have a perfect kingdom comes from Christianity, but since the early Socialists did not believe in the other world or in God, they dreamed of making this kingdom in this world. That is what communism is all about.

We see what happens, of course, when this idea is put into practice. You have the experiment of the French Revolution, which had apparently good ideas—liberty, equality, fraternity—or the Bolshevik Revolution, or in more recent times the various other communist revolutions. Last of all you have Cambodia, a poor little country which for three years suffered absolute communism and found that at least one-fourth of its population was exterminated because it didn’t fit. Everyone who had more than a high-school education had to be eliminated, everyone who thought for himself, and so forth. Now the regime has been overthrown by people who are a little less ruthless, but there’s nothing much to cheer about.

This shows that once you try to put these ideas into operation, you get, not paradise on earth, but more like hell on earth. In fact, the whole experiment in Russia for the last sixty years has been a proof of this, that there is no paradise on earth, except in the Church of Christ, with sufferings.8 Our Lord prophesied that already in this life we would receive back a hundredfold what we give, but it must be with persecutions and sufferings. Those who wish to have this happiness on earth without suffering and persecutions, and without even believing in God, make hell on earth.