Saints are the Aristocracy of Mankind

Saints are the Aristocracy of Mankind 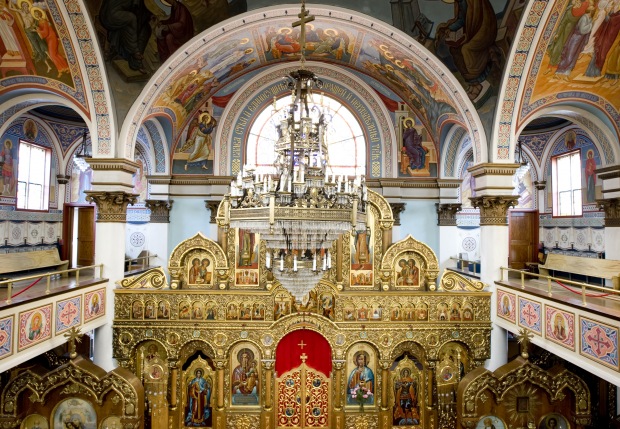 When Ian Miller’s parents visit his son’s soon to be in-laws in the 2002 blockbuster movie My Big Fat Greek Wedding, they’re introduced to no less than 10 Nicks.

While overlooking the exaggerated (albeit not by much) tradition of naming a child after its grandparent, there’s actually a more profound, religious reason behind Greek – indeed all Orthodox Christian – names.

At its baptism by immersion, an Orthodox baby is given the name of a saint and enrolled into the Church, both on earth and in heaven. This name is used each and every time a sacrament is administered to them. When one’s patron saint is celebrated, this represents his or her Name Day, which is more important than their birthday. (In Serbian culture, each family has a patron saint who is observed in a collective celebration known as Slava.)

This Monday, for example, the Orthodox Church celebrates St. Nicholas the Wonderworker, Archbishop of Myra. (If you know a Nicholas, Nick or Nikoletta, be sure to wish them a happy Name Day.) He is one of the foremost Christian saints, known for his abundant mercy and zeal for the truth who lived during the reign of Constantine the Great. The Saint was present at the First Ecumenical Council of the 318 Fathers at Nicaea in 325 and stood strong against the heretical teaching of Arius that taught Jesus was not equal to God.

Saints, who follow the prophets and apostles, are an integral part of Church life in Orthodoxy. St. Clement of Rome says, “Cleave to the saints, for they who cleave to them shall be made holy,” while St. Ephraim the Syrian affirms that, “Blessed is he who plants in his soul good plants, that is, the virtues and the lives of saints.”

It should be noted, however, that sainthood has nothing necessarily to do with intellect – which is based in the brain – but everything to do with spirituality, which is rooted in one’s heart: while some saints have possessed superior intelligence, like Photios, Patriarch of Constantinople, others have attained the highest level of noetic perfection with little education, like Elder Paisios the Athonite.

Reverence for saints is closely connected with the veneration of holy relics and icons. When one walks into an Orthodox Church, there’s an otherworldly feel to it and a myriad of icons expressing a sense of heaven on earth. As Bishop Kallistos Ware (an Anglican convert) has written, “Icons, frescoes, and mosaics are not mere ornaments, designed to make the church ‘look nice’, but have a theological and liturgical function to fulfil.” Icons, among other things, serve as a continuous reminder for the faithful of the invisible presence of heaven at each Divine Liturgy.

Nicholas the Wonderworker in the fourth-century to modern day saints like Nectarios of Aegina (1846-1920) and Arsenios the Cappadocian (1840-1924) all serve to continue the communion of saints in Orthodoxy which is like a chain of mutual love and prayer. It’s the saint, who, through his or her glorification by God continues the Christian Truth.

Saints are the aristocracy of mankind and their intercessions to God help us all.

Evagelos Sotiropoulos is a freelance writer who lives in Toronto. He has previously written about the Orthodox Christian faith for Holy Post.