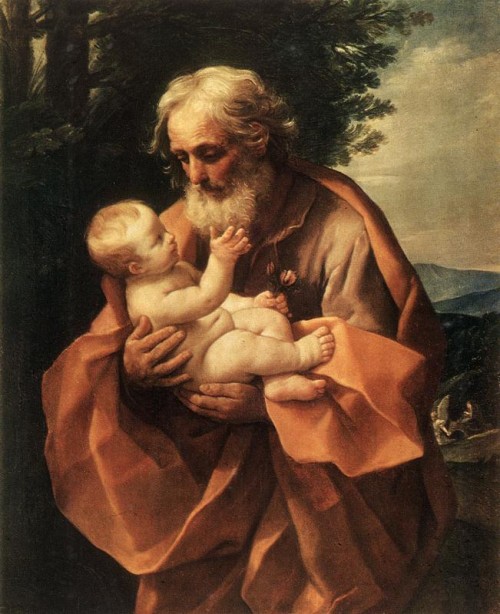 Saint Joseph with the Infant Jesus by Guido Reni, c 1635

Saint Joseph the Betrothed was of the lineage of King David. In his first marriage, he had four sons and two daughters. After he became a widower, St Joseph led a life of strict temperance. He was chosen to be the husband and guardian of the Most Holy Theotokos, who had taken a vow of virginity.

An angel told him of the Incarnation of the Son of God through her. St Joseph was present when the shepherds and the Magi worshiped the new-born divine Infant. On the orders of the angel, he fled into Egypt with the Mother of God and the Infant Jesus, saving them from the wrath of King Herod. He lived in Egypt with the Virgin Mary and the divine Child, working as a carpenter. St Joseph reputedly died at the age of one hundred.