Sex isn’t Sin When Practiced within a Sacred Context

Sex isn’t Sin When Practiced within a Sacred Context 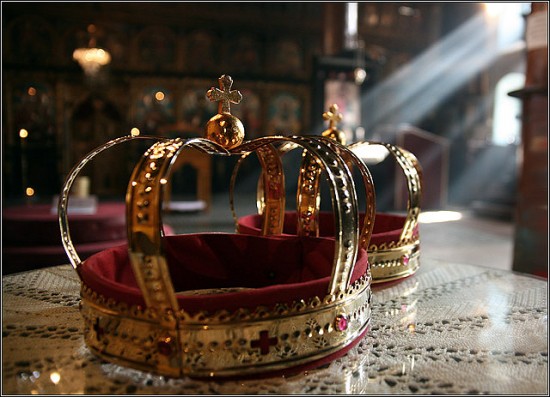 Few religion-column topics are more guaranteed to offend than sex. I probably needn’t go any further. Merely seeing the word in print has surely offended someone already. That squeamishness is a good place to begin.

Negative views of sexuality in Western Christendom go back at least as far as Augustine, who reacted to his own, youthful transgressions with a Manichaean starkness that filtered into Latin positions on the topic and impacted doctrines as wide-ranging as original sin, clerical celibacy and birth control.

Eastern Christianity, by contrast, doesn’t view sex as inherently profane. Opponents of homosexuality cheekily observe that God created Adam and Eve, not Adam and Steve. Let’s not overlook the fact that God didn’t merely create Adam, either. If sex were inherently tainted, a good God would have created us to reproduce asexually, like snails.

Far from such Puritanism, Genesis refers to God’s handiwork nine times as «good.» The first «not good» refers to man being alone. Enter Eve. Leaving little room for subtlety, God tells the new pair to «be fruitful and multiply» (and not with a calculator). He says this before they sin, so none can claim sex is merely a manifestation of the Fall.

Nevertheless, since the world is fallen, sex has become subject to corruption. Probably the best definition of idolatry I’ve heard is «the worship of something good rather than the God who made it good.»

Given the amount of time, effort and emphasis we devote to sex, it has become one of the most worshipped idols in our culture.

Treating the topic as taboo will no longer suffice as responsible Christian teaching. Progressives attempt to compensate for historical Puritanism by claiming that anything’s permissible as long as there’s mutual consent, but this policy is no less distorted.

The East gave Christianity monasticism, but our parish priests are usually married. We venerate the Virgin Mary, but also celebrate her Conception by Joachim and Anna (whose icon includes a bed). These aren’t inconsistencies, but a continuum whose common theme is chastity.

Chaste sexuality begins with a proper context, and the Eastern Church has only ever recognized one — heterosexual, monogamous marriage.

Enlightened minds will no doubt be repulsed by the first of these three conditions, but bear in mind that in the Eastern tradition, homosexuality isn’t singled out for any greater condemnation than premarital or extramarital sex (fornication and adultery, to dispense with euphemisms).

In fact, biblically speaking, adultery is the quintessential symbol of apostasy and betrayal of sacred covenants. Homosexual advocates are right to point out the hypocrisy of opponents who ignore the child abuse and extramarital escapades rife among Christians (the clergy being «Exhibit A”).

There are and always have been priests, monks, bishops and even saints who’ve struggled with attraction to members of the same sex.

These men and women are more zealous believers than I will ever be, given their struggle. Beyond that, I’ll not patronize anyone by offering unrealistic expectations of moral revisionism.

Even within marriage, there is no free license to do as you wish when you wish. As anyone subject to the discipline of monogamy can affirm, sensitivity to your spouse sometimes means not getting your way.

Force and coercion are acts of exploitation that can only lead to division, rather than union. Rape is rape.

These destructive images may come unbidden, which must have something to do with the studies indicating that virgins enjoy better relations than those who enter marriage with notches already carved into their bedposts.

As with eating and drinking, sexual temperance isn’t meant to keep people from getting their jollies, but to make the joy of sex real by liberating it from slavery to passion.

Sex shouldn’t merely be licit. It should be sacred.