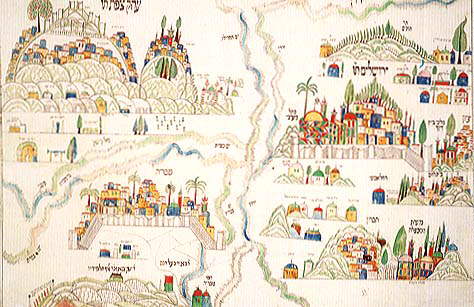 One of the staples of television news over the Christmas holiday is coverage of celebrations in the Holy Land, providing a familiar and comforting nod to the ancient roots of Western civilization.

Even in our increasingly secular society, images of Christians worshipping in Nazareth and Bethlehem provide welcome confirmation that we have a long and substantial history — even if we’re fuzzy on the details. It all looks so traditional and Christmassy.

Unfortunately this comforting image depends to a large extent on a dwindling number of embattled Christian communities. We are, in fact, witnessing the twilight of Christianity across much of the Middle East.

Not so long ago Bethlehem was a majority Christian town — about 80 per cent — and now is down to less than a third. Nazareth, too, has seen its Christian population almost halved in recent decades, and in Jerusalem itself the Christian community has fallen from a slight majority 80 years ago to below two per cent today.

Christians are leaving the West Bank, in particular, to escape the instability and a long-standing Muslim boycott of Christian businesses that has ravaged the community’s economic foundations.

Thankfully this modern day exodus is mostly peaceful, which puts it in marked contrast to much of the history of Christian depopulation in the Middle East.

This is history the West has largely forgotten and ignored. Your average European or North American will certainly be more familiar with the story of the Palestinians and the much-publicized grievances of the Arab world in general.

Many people will have heard something of the Armenian genocide in Turkey in the years following the First World War, but few would know it was part of a larger religious and ethnic cleansing that also saw the mass slaughter of Greek and Assyrian Christians.

Almost three million Armenian, Greek and Assyrian Christians perished in what are now Turkey, Syria, Lebanon and Iraq. In the first quarter of the 20th century Christians represented about one-third of the Syrian population, but now they account for less than 10 per cent. In Turkey there were about two million Christians in 1920, now reduced to just a few thousand.

Even more recently, the campaign of violence and persecution against Iraqi Christians is surely one of the most under-reported stories since the invasion of 2003. Iraq’s Christians once made up three per cent of its population, and now account for half of its refugees.

About 500,000 Iraqi Christians have fled that country over the past seven years, and it’s not hard to see why. As recently as the end of October, 52 people were killed when security forces tried to free more than 100 Catholics taken hostage during a Sunday mass in Baghdad.

Little wonder, then, at the news that only one church in Baghdad was planning to celebrate Christmas this year.

London’s Daily Telegraph newspaper recently quoted Archbishop of Canterbury Rowan Williams on the stunning lack of interest in the West over the decline of Christianity in its homeland. Most people are unaware that it was the faith of millions across the region before Islam, and has clung on tenaciously through many centuries of persecution.

«The level of ignorance about Middle-Eastern Christianity in the West is very, very high», he said. «A good many people think the only Christians in the Middle East are converts or missionaries. I have heard some quite highly placed people, who ought to know better, saying that.»

Indeed. The notion that Christianity is a foreign, Western implant in the Middle East — and a pretty recent one at that — is very apparent. That also happens to be the excuse used by militant Islam to persecute the region’s remaining Christians, so they suffer as surrogates of a society that barely knows they exist.

So with time, it seems Christians are destined to effectively disappear from the region that produced the faith. As one report puts it, «there are today more Christians from Jerusalem living in Sydney, Australia, than in Jerusalem itself.»

Perhaps the one place a significant number of Christians may remain is Egypt, where Coptic Christians still live in large numbers. Accurate figures from the Egyptian government seem deliberately hard to come by, but it’s likely the Copts — the Christian remnant of Egypt’s pre-Islamic people — still make up somewhere between 12 and 18 per cent of the population.

Apart from Egypt, Christians now make up about five per cent of the population in the Middle East, sharply reduced from 20 per cent in the early 20th century. At the present rate of decline, the Middle East’s 12 million Christians will likely drop to six million by 2020.

With so much of our news and current affairs concentrated on the world’s embattled minorities, it seems strange indeed that we are so unfamiliar with the plight of these ancient Christian peoples of the Middle East.

Perhaps they are inconvenient reminders of a religious and cultural past we would rather forget. Except for those fleeting images at Christmas.

Paul Stanway is a veteran Alberta journalist. His column runs every Tuesday.