Greek community in Turkey fears for its survival

Greek community in Turkey fears for its survival 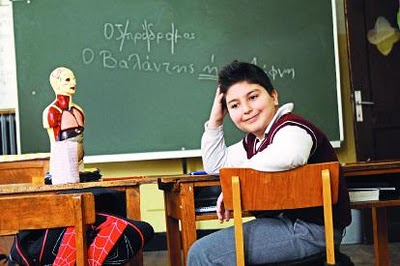 This week members of the Greek Orthodox Church celebrated one of the most important dates in their calendar, the Feast of Epiphany, with young men competing to retrieve crosses thrown by priests into rivers and seas around the world.

The most important ceremony takes place in Turkey’s biggest city, Istanbul, where the spiritual head of the Orthodox Church, Patriarch Bartholomew, throws a cross into the Golden Horn.

The Church here traces its origins back through a continuous line of patriarchs to the 4th Century.

But most of the Greeks watching the ceremony are overseas visitors. Official tolerance of minorities in Turkey has improved over the past decade, but the local Greek community has dwindled to fewer than 3,000, and there are now real fears for its survival.

Tucked away in the streets behind Kadikoy harbour in Istanbul is a magnificent 140-year-old building. Its stately windows and grand classical portico stand in contrast to the drab, concrete townhouses that surround it. This is one of 22 schools in the city built to serve the Greek community.

But today, the Kadikoy Greek Primary School’s intake has fallen to just one pupil, 10-year-old Valendi Mihailidis. His are the only footsteps heard after the bell rings for classes, where he gets personal tuition from a Greek and a Turkish teacher.

«It’s a very sad situation,» says Yorgo Istefanopulos, a Turkish-Greek professor who has volunteered to manage the school. «When I was a pupil here in the 1960s there were six classes, all full. It was swarming with pupils.»

He took me to the assembly hall where children used to perform. Today dusty chairs are piled in one corner. The dining room downstairs has not been used in years. And when Valendi wants to play football in the playground, he has to ask the school caretaker to join him.

Valendi says he is happy, but wishes there were other children to play with. When he leaves, the school will probably close.

Greeks have lived in the territory of modern-day Turkey for more than 3,000 years. Up to the last years of the Ottoman Empire, they still numbered nearly two million, dominating much of the commerce.

But after the violent birth of the Turkish republic in 1923, most of those living along the Aegean and Mediterranean coasts were expelled in a matter of days through an agreed population exchange with Greece.

The sizeable community in Istanbul, though, was exempted, and until the mid-1950s there were still nearly 70,000. But nationalist emotions stirred up by the crisis in Cyprus were directed against the Greeks in one night of horrific violence in September 1955, in which mobs attacked shops and churches, raping Greek women and forcibly circumcising priests. Hostility towards the Turkish Greeks continued for many years, forcing thousands to leave Istanbul.

Another difficulty for the community has been the official regulations, which have resulted in thousands of buildings once belonging to Greeks or Greek foundations being confiscated by the state.

This has been a particular challenge for the Church, because the Turkish state does not recognise Patriarch Bartholomew as head of the world’s Orthodox Christians.

Without any legal status, he has been barred from managing the many churches and other properties that once belonged to the Church. Nor has he been able to train new priests – the seminary that once did so remains shut down, and finding recruits in the shrinking Greek community is hard.

That situation is now beginning to improve, as the Turkish government relaxes its approach towards ethnic and religious minorities in its quest to meet the human rights standards required for European Union membership.

In one important symbolic case, the Turkish courts have handed back an old orphanage, one of the world’s largest wooden buildings, to the Orthodox Patriarchate. Patriarch Bartholomew, a committed environmentalist, hopes to restore the badly decayed building, and turn it into an environmental research centre.

«This case is a revolution,» says the patriarch’s lawyer Cem Sofuoglu. «It gives the Church de facto recognition by the government for the first time. I could not imagine this result even five years ago.»

These days an increasingly prosperous and cosmopolitan Istanbul is starting to rediscover its rich Greek heritage, unencumbered by the defensive nationalism of the past.

A former orphanage has been handed back to the Church

There are performances of Greek music and exhibitions showcasing the many works of Greek architects still left in the city. The much-improved diplomatic relations with Greece these days also help.

The official regulation of minority foundations was also eased three years ago, and for the first time a member of a minority group sits on the state body responsible for regulating them. Laki Vingas, an ebullient Greek entrepreneur, hopes to use this position to revive the community.

«We are too small, that’s a reality», he says. «We need to restructure these foundations, which date back to the Ottoman period, when we were far larger.

«The minorities want to maintain their heritage. They are proud of their culture. But they also want to be productive, to participate in the life of this country. They don’t want to be preserved as an antique, as a piece of history.»

But the biggest challenge remains the size of the community. Most of the remaining Greeks are older. There are now only 240 pupils to fill the 22 schools.

Unlike the much larger Armenian community, which is being reinforced by recent migrants from Armenia, only a small number of Greeks have moved back to Istanbul, and as foreign citizens they are not allowed to send their children to the local Greek schools.

«Our only hope is that Turkey joins the European Union,» says Yorgo Istefanopulos. «Then, with the crisis in Greece and the borders opened, I hope Turkey will be seen as a land of opportunity, not just for Greeks who originated here, but all Greeks.»

That is a pretty forlorn hope. Turkey’s EU candidacy has stalled, mostly over Cyprus, and membership – if it ever happens – is certainly many years away.