Love Him as you ought to love Him…

Love Him as you ought to love Him… 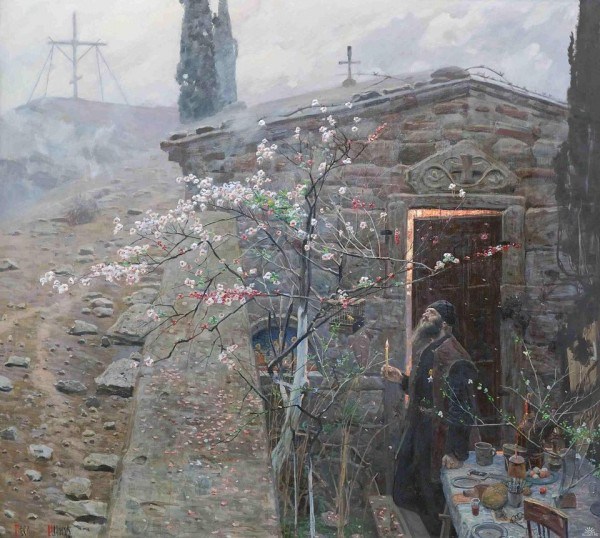 Be a herald of God’s goodness, for God rules over you, unworthy though you are. Although your debt to Him is so very great, He is not seen exacting payment from you; and from the small works you do, He bestows great rewards upon you. Do not call God just, for His justice is not manifest in the things concerning you. And if David calls Him just and upright, His Son revealed to us that He is good and kind. “He is good”, He says,

“to the evil and to the impious.” How can you call God just when you come across the Scriptural passage on the wage given to the workers? “Friend, I do thee no wrong: I choose to give unto this last even as unto thee. Or is thine eye evil because I am good?” How can a man call God just when he comes across the passage on the prodigal son who wasted his wealth with riotous living, how for the compunction alone which he showed, the father ran and fell upon his neck and gave him authority over all his wealth? None other but His very Son said these things concerning Him, lest we doubt it, and thus bore witness concerning Him. Where, then, is God’s justice, for while we are sinners Christ died for us! But if here He is merciful, we may believe that He will not change.

Far be it that we should ever think such an iniquity that God could become unmerciful! For the property of Divinity does not change as do mortals…. Fear God out of love for Him, and not for the reputation of austerity that has been attributed to Him. Love Him as you ought to love Him; not only for what He will give you in the future, but also for what we have received.

Come, men of discernment, and be filled with wonder! Whose mind is sufficiently wise to wonder worthily at the bounty of our Creator? His recompense of sinners is that instead of a just recompense, He rewards them with resurrection, and instead of those bodies with which they trampled upon His law, He enrobes them with the glory of perfection. Glory be to Thine immeasurable grace, OLord!