The Temptations of Church

The Temptations of Church 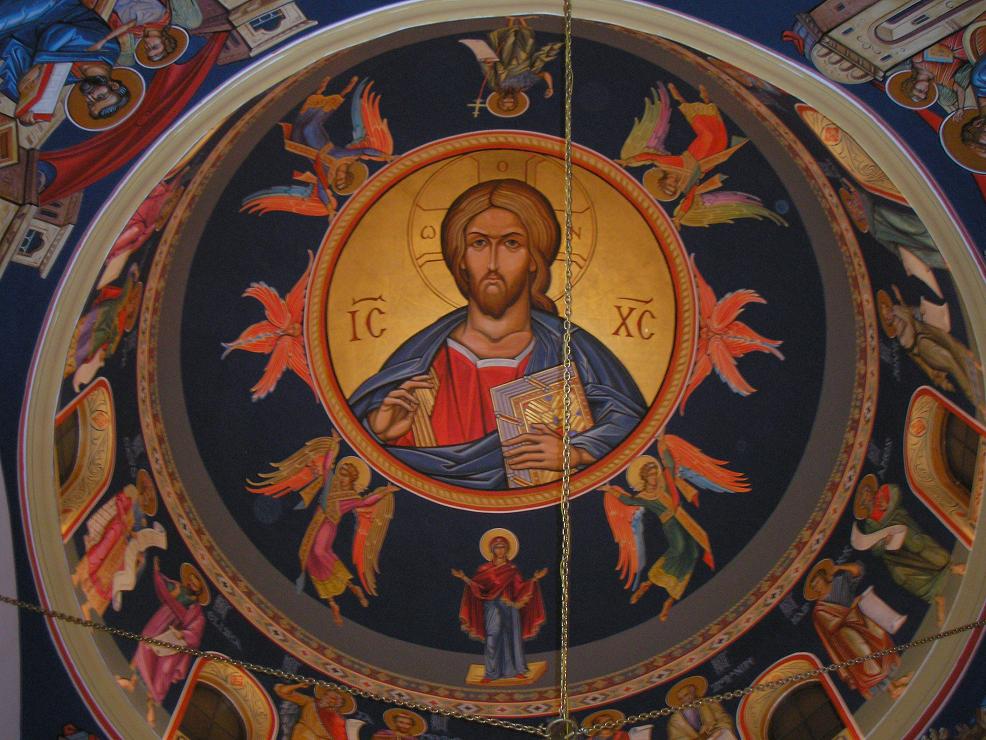 The Scriptures describe the Church as the “Body of Christ,” the “Pillar and Ground of Truth.” It is nowhere described as a mere bene esse (something given to us only for our “well-being”) much less as a mere locus of “fellowship.” As much as it is possible to say that Christ died for our sins, it is also necessary to say that Christ died that the Church might be born. It is an inherent part of His resurrection. For human beings, the Church is what salvation looks like (if that disturbs you then it should serve as a barometer for how deeply the inroads of heresy have made their way into the Divine teaching on the Church).

The Church exists by the grace of God and is dependent for its very existence on the love of each for each and the love of each for all. Forgiveness is not a moral act – it is an existential act. Goodness, meekness, kindness, generosity and the like are matters of our true existence and not the mere moral obedience to some outward norm.

The Scriptures teach us that “God is love.” We ourselves only exist to the extent that “we are love,” and so Christ gives us His Church – the locus and the very nexus of His love.

It is possible for us to avoid this inevitable stumbling block by declaring the Church to be “perfect” in some other sense (essentially a “two-storey” arrangement) or simply to redefine the Church and make her of less importance than is declared in the Scripture. The Church, and the marvelous claims made for her within the Scriptures are simply a scandal within the historical context. We seek to rid ourselves of the scandal rather than accept the reality that Christ is indeed saving us through just such an apparently weak vessel.

Fr. Alexander Schmemann wrote a small history of Orthodoxy entitled The Historical Road of Eastern Orthodoxy. My first reading of it some years ago was a revelation in itself. I had never read such a frank and accurate account of Church history, particularly by someone who was such a devout son of the Church. Any reading of his journals offers the same loving, accurate and insightful account of contemporary Church life.

Orthodoxy is very easily seen through the lens of naivete – with an assumption that only the imagined perfect can be the true. The result can be disappointment, even anger, when reality fails to match expectation. However this is not a failure which renders the claims of the Church to be false – they are failures that reveal the nature of what God has given us (rather than our own expectations).

St. Paul tells us in his writings that “God made [Christ] to be sin, that we might become the righteousness of Christ” (2 Corinthians 5:21). That same “exchange” is continually happening in our lives. The Church is the locus of this change (or certainly the arena in which it takes place). Thus every gathering of the Church, whether for Eucharist or for Council, inevitable means an assembly of sinners, those who, at best, have become righteous with the righteousness of Christ (though not their own). Our sins do not constitute the Church, but the Church offers sacraments that precisely confront us at the point of sinfulness and brokenness (confession, healing, the Eucharist, Baptism, etc.).

My experience of life in the Church is that I am not only in the company of sinners such as myself, but that those very encounters are not occasions of lamentation, but occasions in which love, forgiveness, kindness and generosity, etc., are the only way forward. It is not for nothing that we find constant exhortation to such virtues within the epistles of the New Testament. A local Church either embraces Christ’s way of the Cross, or it becomes just one more outpost of hell.

I do not mean to disparage the Church as the Body of Christ, nor as the Pillar and Ground of Truth – rather – I want to detach such language from the “institutional” aspects of the Church. The Church is certainly the Body of Christ, but Christ remains hidden within her as the mystery of His life, death and resurrection. Christ nowhere promised us that He would become an institution. History makes such a mistaken notion obviously erroneous.

And so it is in the life of the Church that “one can only be saved.” In the life of the institution one can do any number of things (even in the name of Christ) that have nothing to do with Christ nor the Kingdom of God. The key is for none of us to lose his way. The easiest of all the “lost ways” is to idealize the Church or its history (and its institutions) and mistake those for the Kingdom of God itself. If what I am encountering and living is truly the Kingdom of God, then it will and can only ask of me obedience to the gospel of Christ. Those images and ideas that tell me that the less than good thing I am doing will, in the end, work an even greater good, are lies of the enemy and have nothing to do with the Kingdom of God.

The Kingdom of God, and thus the true life of the Church, is coming forth and being manifested utterly apart from human permission. That “permission” has already been found in the humility of the Virgin Mother of God. Christ has come, entered into the depth of our suffering and hell and come forth resurrected, making all things new in Himself. We cannot aid that work, nor hinder it. We can be part of it or not – but it never depends upon us.

The mystery of Christ in the Church eludes us, I suspect, because we are always looking for the triumphant, resurrected Christ. St. Paul rather says:

For I decided to know nothing among you except Jesus Christ and him crucified (1 Corinthians 2:2).

This is more than a declaration of the historical crucifixion of Christ. St. Paul sees the crucifixion of Christ in cosmic terms as well, stretching not only into the present but into the very end of things. And thus it is that the Christ whom we know in the Church, is primarily manifest to us as the crucified Lord (indeed in the Resurrection appearances themselves, Christ still bears the marks of His crucifixion).

And so it is that when we encounter things within our experience of the Church that disappoint and hurt (such as the sins of others and ourselves) – we are able to encounter the crucified Christ by the extension of His love and forgiveness of all. We encounter Christ not because we have purged the Church of every sinner (then it would be empty) or have corrected everything we perceive as lacking. We encounter the Crucified by embracing the weakness of love (which is stronger than death).

It is this search for union with the Crucified Christ that marks the heart of the Christian vocation. We will find Him in the heart of the Church – not by any virtue of argument or force of arms – but by the weakness of His crucified flesh. All who live by the weakness of His crucifixion, will know the power of His resurrection (and know, as well, that these are largely one and the same).

O Lamb of God, slain for the sins of the world, have mercy on us sinners, and grant us knowledge of your weakness in the midst of our sinful lives, that we might find the power of your weakness, and love everyone and everything. For great art Thou, O Lord, and there is no word to hymn Thy wonders!