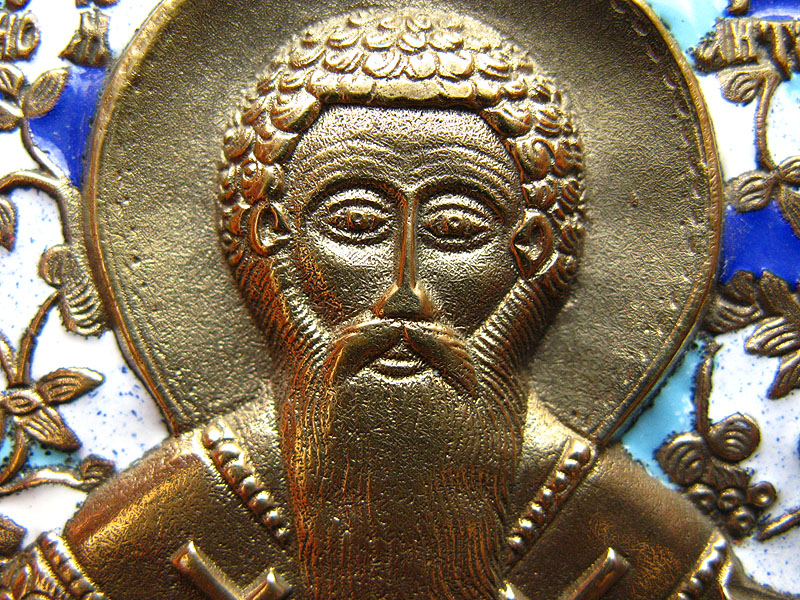 The Hieromartyr Antipas, a disciple of the holy Apostle John the Theologian (September 26), was bishop of the Church of Pergamum during the reign of the emperor Nero (54-68).

During these times, everyone who would not offer sacrifice to the idols lived under threat of either exile or execution by order of the emperor. On the island of Patmos (in the Aegean Sea) the holy Apostle John the Theologian was imprisoned, he to whom the Lord revealed the future judgment of the world and of Holy Church. Read more…

“And to the angel of the church of Pergamum write: the words of him who has the sharp two-edged sword. I know where you live, where the throne of satan is, and you cleave unto my name, and have not renounced my faith, even in those days when Antipas was my faithful martyr, who was slain among you, where satan dwells” (Rev 2:12-13).

St Antipas calmly answered that he was not about to serve the demons that fled from him, a mere mortal. He said he worshiped the Lord Almighty, and he would continue to worship the Creator of all, with His Only-Begotten Son, and the Holy Spirit. The pagan priests retorted that their gods existed from of old, whereas Christ was not from of old but was crucified under Pontius Pilate as a criminal. The saint replied that the pagan gods were the work of human hands and that everything said about them was filled with iniquities and vices. He steadfastly confessed his faith in the Son of God, incarnate of the Most Holy Virgin.

The enraged pagan priests dragged the Hieromartyr Antipas to the temple of Artemis and threw him into a red-hot copper bull, where usually they put the sacrifices to the idols. In the red-hot furnace the martyr prayed loudly to God, imploring Him to receive his soul and to strengthen the faith of the Christians. He went to the Lord peacefully, as if he were going to sleep (+ ca. 68).

At night Christians took the body of the Hieromartyr Antipas, which was untouched by the fire. They buried him at Pergamum. The tomb of the hieromartyr became a font of miracles and of healings from various sicknesses.

We pray to the Hieromartyr Antipas for relief from toothache, and diseases of the teeth.