The holy martyrs of Lazeti

The holy martyrs of Lazeti 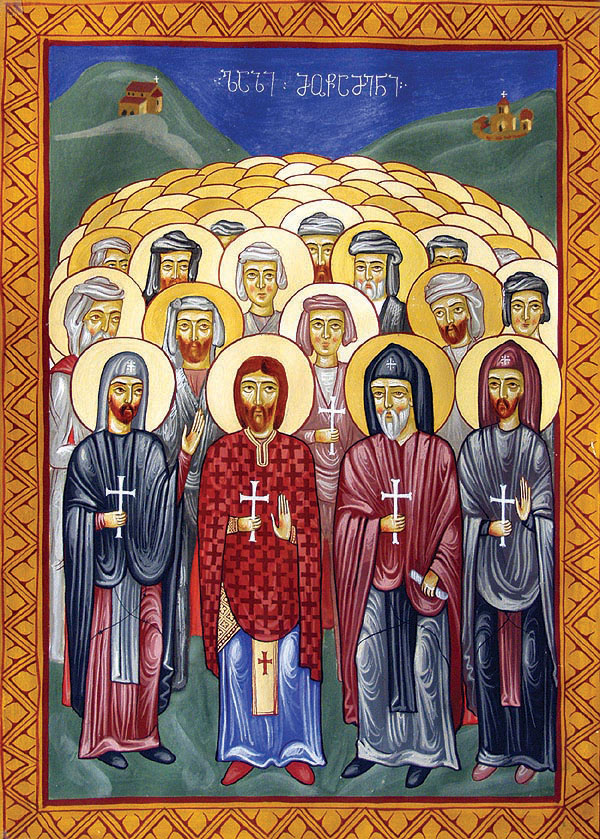 Lazeti is a region in southern Kolkheti (Colchis), the ancient kingdom located in what is now southwestern Georgia and northeastern Turkey. In ancient times, Lazeti was a center of Georgian culture. The holy Apostle Andrew began the conversion of the Georgian nation from this very region.

After the fall of Byzantium in 1453, the Ottomans sought for three centuries to destroy the Christian-Georgian consciousness of the Laz people. At the same time, Rome increased its presence in the region by dispatching ever greater numbers of Catholic missionaries.

The Laz, caught in the crossfire, boldly defended and preserved their Orthodox Faith. Those that were forcibly converted to Islam struggled to preserve their national culture, the memory of their ancestors, and the love of their homeland.

As time progressed, however, some grew weak and converted to Catholicism (in word, if not in mind and heart) or allowed themselves to be won over by the Monophysite heresy.

In our own time, with the blessing of Catholicos-Patriarch Ilia II, people from several Georgian regions have reestablished lines of communication with the Laz who currently reside within Turkish borders.

Further, many of the Laz currently residing within Georgian borders have converted from Islam back to the Orthodox Christianity of their ancestors. They have recounted to the Holy Synod of the Georgian Church stories of the martyrdom of their Christian ancestors at the hands of the Ottomans: the beheading of some three hundred Laz warriors on a single mountain between the years 1600 and 1620 and the martyrdom of the clergy at one local monastery. The martyrdoms took place on Mt. Dudikvati (“the place of beheading”) and on Mt. Papati (“the place of the clergy”) respectively.

Based on the information provided by the martyrs’ descendants, the Holy Synod of the Georgian Church declared all the clergy and laymen martyred on Dudikvati and Papati and all the Laz martyred for Christ’s sake worthy to be numbered among the saints. They were canonized on September 18, 2003.