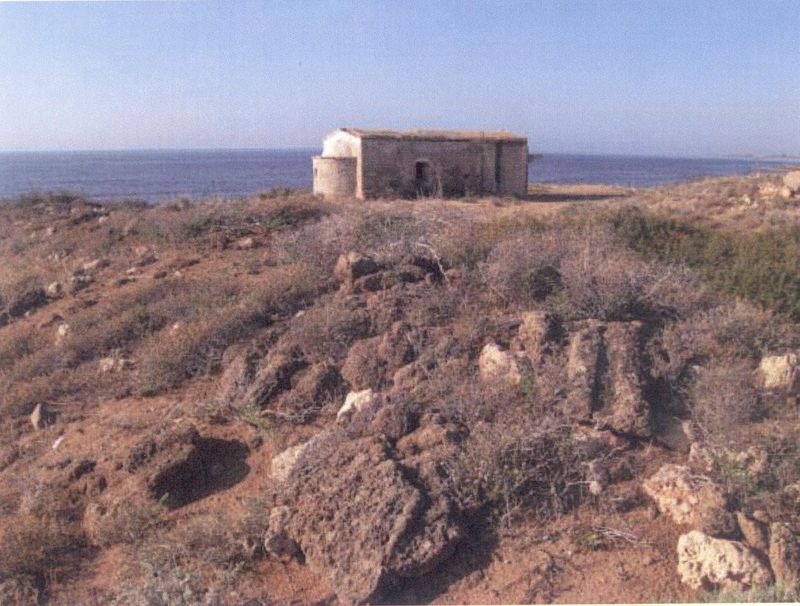 WASHINGTON, DC – The U.S. Commission on International Religious Freedom (USCIRF) expressed its concern over the demolition of the 200-year-old Greek Orthodox Chapel of Saint Thekla in the village of Vokolida, in the area of the Republic of Cyprus under the control of the Turkish troops and administered by Turkish Cypriot authorities.  The church was demolished on May 2, 2011. USCIRF calls on local Turkish Cypriot authorities to commit to rebuild the church. Read more…

“Local Turkish Cypriot authorities have generally failed to take adequate measures to protect religious places of worship from vandals and looters.” said USCIRF Chair, Leonard Leo. “Allowing the demolition of the Saint Thekla chapel exemplifies the ongoing disrespect and violations by Turkish troops and local Turkish Cypriot authorities for the religious freedom and heritage of Greek Orthodox and other religious minority communities in the northern part of Cyprus,” continued Mr. Leo.
A USCIRF delegation travelled to northern Cyprus in February 2011 and saw firsthand the decrepit state of numerous Christian Orthodox churches caused by a prohibition on religious minority groups against repairing their places of worship.
The bulldozer operator and an employee of the construction company, Exsen, have been arrested, and the “special advisor for foreign affairs” to Turkish Cypriot leader Derviş Eroğlu, Kudret Özersay, has condemned the demolition.  Reportedly, the Turkish Cypriot authorities’ “department of antiquities and museums” was directed to reconstruct the chapel.
Mr. Leo concluded, “While USCIRF welcomes these actions, local Turkish Cypriot authorities must take proactive steps to protect the hundreds of other churches in northern Cyprus, including those that are in disrepair and are on the verge of collapsing.  Also, local Turkish Cypriot authorities should ensure the expeditious reconstruction of the church, in consultation with the Church of Cyprus and in accordance with traditional religious and cultural architecture, as appropriate for a Greek Orthodox Church, as well as appropriately sanction the construction company.  Finally, the Turkish military and local Turkish Cypriot authorities should eliminate restrictions on the access and use of their religious sites and places of worship in the north; this means putting an end to ongoing limitations imposed by requirements to submit written applications by minority religious communities and their religious leaders.”
Further, as reported in USCIRF 2011 Annual Report, access to religious places of worship within and outside Turkish military bases and zones in northern Cyprus is seriously limited by the Turkish military and local Turkish Cypriot authorities.  Religious minority communities and their religious leaders must submit applications through the UN and be given permission by local Turkish Cypriot authorities to administer religious services, including Divine Liturgies, at most churches in northern Cyprus.  As recently as April 2011, the Bishop Christoforos of Karpasia was prohibited from administering the Easter liturgy at the Holy Temple of Saint Synesiοs in Rizokarpaso village.  Also, the Bishop Porfyrios of Neapolis and Father Savvas Hadjionas were prohibited from celebrating the April 25th Divine Liturgy at the Holy Temple of Saint George at the Vatili village.  The two bishops and the priest had submitted applications through the UN, in full accordance and in ample time, for local Turkish Cypriot authorities to review and approve their applications.  However, the applications were denied without explanation.
USCIRF’s 2011 Annual Report also recommended that the U.S. government should:
USCIRF is an independent, bipartisan U.S. federal government commission. USCIRF Commissioners are appointed by the President and the leadership of both political parties in the Senate and the House of Representatives. USCIRF’s principal responsibilities are to review the facts and circumstances of violations of religious freedom internationally and to make policy recommendations to the President, the Secretary of State and Congress.
To interview a USCIRF Commissioner, contact Tom Carter, Communications Director at   [email protected]This e-mail address is being protected from spambots. You need JavaScript enabled to view it or (202) 523-3257.
Source: http://www.uscirf.gov/news-room/press-releases/3627-5122011-cyprus-uscirf-concerned-over-demolition-of-200-year-old-church-in-northern-cyprus-.html