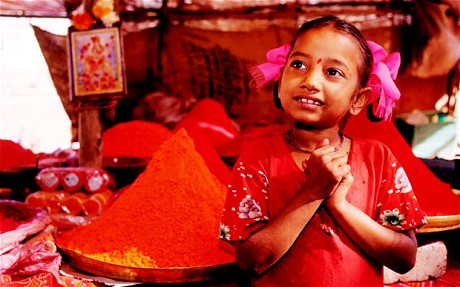 Indian doctors have been accused of conducting sex change operations on young girls whose parents want sons to improve the family’s income prospects.

Madhya Pradesh state government is investigating claims that up to 300 girls were surgically turned into boys in one city after their parents paid about £2,000 each for the operations.

Women’s and children’s rights campaigners denounced the practice as a «social madness» that made a «mockery of women in India».

India’s gender balance has already been tilted in favour of boys by female foeticide – sex selection abortions – by families who fear the high marriage costs and dowries they may have to pay. There are now seven million more boys than girls aged under six in the country.

Campaigners said the use of surgery meant that girls were no longer safe even after birth.

The row emerged after newspapers disclosed children from throughout India were being operated on by doctors in Indore, Madhya Pradesh.

Doctors confronted in the investigation claimed that girls with genital abnormalities were being sent to the city’s clinics to be «surgically corrected» and that only children born with both male and female sexual characteristics were eligible for the procedure. But campaigners said the parents and doctors were misindentifying the children’s conditions to turn girls into boys.

The surgery, known as genitoplasty, fashions a penis from female organs, with the child being injected with male hormones to create a boy.

Dr V P Goswami, the president of the Indian Academy of Paediatrics in Indore, described the disclosures as shocking and warned parents that the procedure would leave their child impotent and infertile in adulthood.

«Genitoplasty is possible on a normal baby of both the sexes but later on these organs will not grow with the hormonal influence and this will lead to their infertility as well as their impotency. It is shocking news and we will be looking into it and taking corrective measures,» he said. «Parents have to consider the social as well as the psychological impact of such procedures on the child.»

India’s National Commission for the Protection of Child Rights ordered the Madhya Pradesh government to investigate the claims and produce its findings within 15 days.

Ranjana Kumari, of the Centre for Social Research and one of India’s leading campaigners against female foeticide, said the surgical transformation of girls into boys without their informed consent was a sign of India’s growing «social madness».

She said she despaired that education had failed to stop the growing rejection of baby girls in India.

«The figures are getting worse. In 2001 there were 886 girls born to every 1,000 boys in Delhi. Today there are only 866. The more educated and rich you are, the more there is killing of girls,» she said.

«People don’t want to share their property or invest in girls’ education or pay dowries. It’s the greedy middle classes running after money. It is just so shocking and an outright violation of children’s rights.»

The government needed to address the problem by stressing the spiritual value a girl or woman brought a household in Hindu culture. «In India we say God resides in that house where there’s a woman but that has evaporated because of all this greed. We need to emphasise the spiritual wealth a girl brings to a family, but we also need to support them with financial subsidies and jobs,» she added.