My experience with Elder Paisios (by Metropolitan of Lemesos Mr. Athanasios), (Part 1)

My experience with Elder Paisios (by Metropolitan of Lemesos Mr. Athanasios), (Part 1) 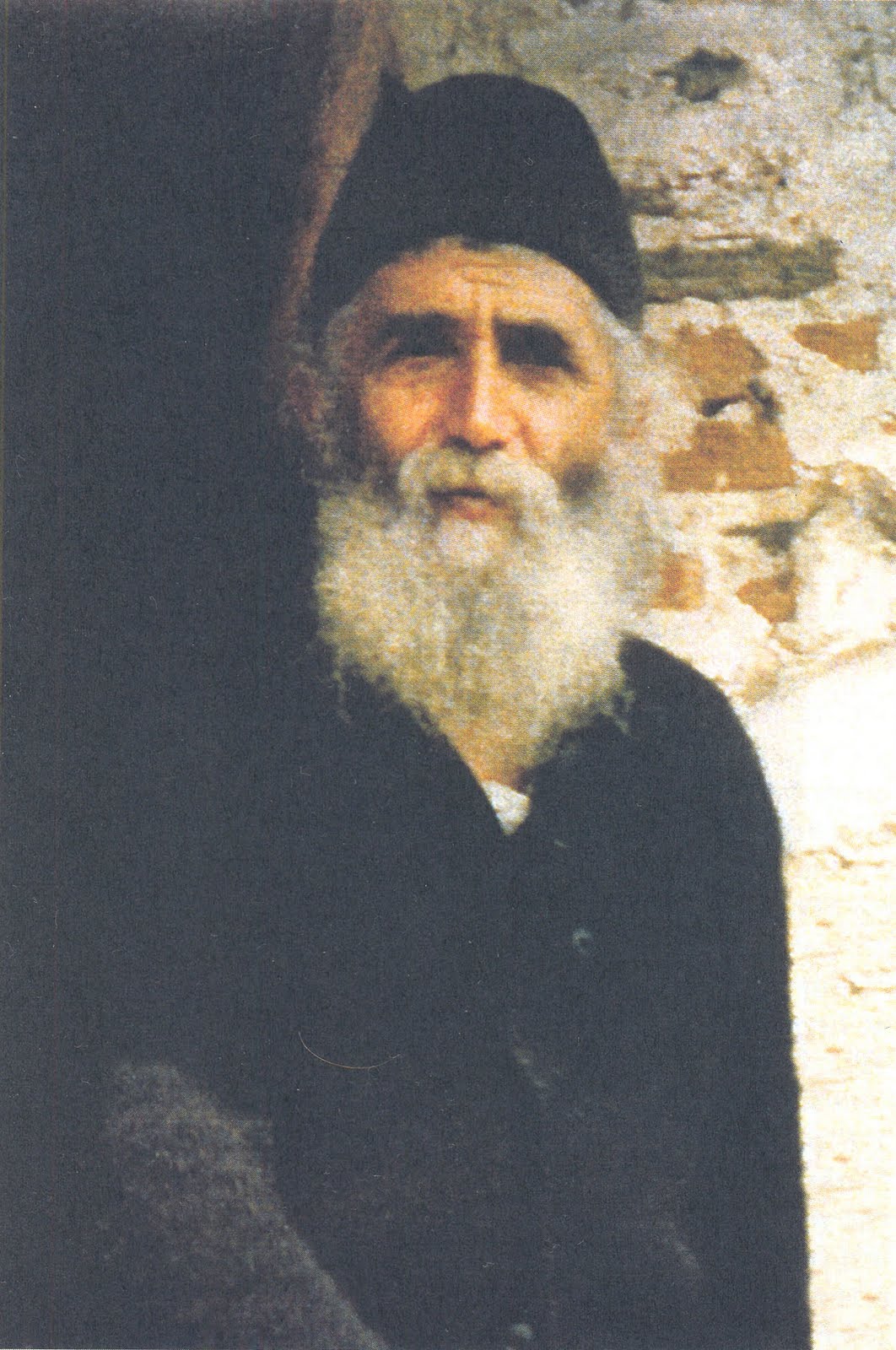 Homily by the Metropolitan of Lemesos Mr. Athanasios at a symposium on blessed Elder Paisios the Hayiorite at Konitsa, 2011, published in ‘Paraklisis’ magazine, May 2012.

Elder Paisios ranks amongst the great saints of our Church; he was a great ascetic and a man of prayer, nurturing great love towards the Lord.

Let us dare speak about the many things we have seen and heard next to him, being obliged to bear witness just like the Apostles who spoke about Jesus, His life and His miracles, in order to help us believe that He is indeed the Christ, the Savior of the world, and by believing in Him to acquire eternal life.

Numerous people have met Elder Paisios and were associated with him. Each one, according to the measure of his ability, has received his blessing and his prayers. Certainly each one of them has to say a lot about him. This blessing of communication is endless, just as endless was the ocean of Divine Grace which Elder Paisios was always flooded with.

I first met Elder Paisios in 1976 when I was 18 years old. I had just graduated from school and gone to the Theological School of Thessaloniki University to study. I used to hear about the Holy Mountain from other students and I became very keen to pay a visit. Thus I tried to go there for the first time in 1976. This trip had a tragic ending. I didn’t like it at all and I left the very first morning. I said to myself: “I am never going to come back to such a place!” It felt nasty, awful and depressing. This was clearly a temptation from the devil, since the place is none of the above.  It was my fault, and it had nothing to do with the place. But this was how my mind worked at the time. Bear in mind that I came from a family which had no great experience about monastic life and the Holy Mountain.

Upon my return I was embarrassed to reveal that I didn’t like the Holy Mountain, particularly since my fellow students were forever delivering beautiful stories about it. I tried again after a fortnight. I think it must have been the beginning of October. I must say that it was the first time in my life that I had heard about Elder Paisios, Elder Efraim at Kantounakia and about other Elders who at the time were truly illuminating the scene at the Holy Mountain.

I visited Elder Paisios, accompanied by a deacon, who has now passed away. The elder used to live at the Holy Cross area at Kapsala at the time. I felt very embarrassed seeing him because the deacon was giving me an account of many prophesies and miracles performed by the Elder and I was scared that he would reveal all the secrets buried in my heart. There was also, of course, the possibility that he would kick me out.

We rang the bell and waited. I was impressed by a sign written by the Elder which said: ‘It is best if you do not bother me with idle talking; I will help you better with my prayer’.

At some stage we heard a voice and I saw an elderly man, draped in a green, stripy blanket, who started coming up the path to let us in, tripping on the way. The deacon said: “This is Elder Paisios”. I immediately lost my enthusiasm. I was expecting to see… I do not know what I was expecting…Instead there was this elderly man, who at the time was young, like me… but this is how he looked to my eyes. He was feeble and peaky…He opened up; we got in and sat at this tiny, ragged room, which had two, small bed-like furniture. I sat waiting, full of anxiety and anguish. I wanted to see who this man really was.

The Elder started telling us various stories which to us were totally senseless. Then suddenly he took off his shoes and got on top of the bed in order to impersonate what he was talking about. I thought: “This man is not in his right senses”.

I was disappointed. I thought: “This man has lost his marbles, that’s why they say he is a saint and flock to see him. Let’s see how we can manage to talk about something serious”. Imagine how I felt!

“Elder, you are very famous in Thessaloniki”
“Really?”
“Yes. Your name springs up everywhere!”
“Look, my child. When you were coming up here, did you see all the rubbish thrown   all over the place?”
“I did.”
He pointed at a tin, which used to house some squid, a stable food at the Holy Mountain those days. The sun was reflected on it and it shone.
He said to me: “Do you see this tin, how it shines?”
“I do”
“This is me. I am like an empty, stained tin, thrown away. People see it from afar and think that it is something precious”.

As soon as I would try to ask him something, he would stop me by offering a loukoumi( a delight). I must have devoured 15 delights before leaving! He didn’t tell us anything significant. I was disappointed. After a while I gave up asking. He went on talking with the deacon about various things. We got up to leave. I said to him: “Elder, I have been told that there are some snakes around here. Is it true?”

“Yes. Do you want to see them?”
What was I to say? “Yes, I don’t mind seeing them!”
“Listen! When you become a spiritual father, you must come and I will show them to you. I’ve got them here!” he said, pointing to his heart!

We went out. I was still disappointed. I said to myself:  “There is nothing here. It is no point!” At the end of the garden by the gate, I tried again for the last time.

“Come on, tell us something useful!” It was as if I was telling him: “You wasted all this time without telling us anything!”
He replied: “Come on, you youngsters. You are young; you must do a lot of metanoies”. (I.e. reverences)(Translator’s note: continuous bending and kneeling to the floor as a form of prayer involving physical exertion)
“How many?”
“ A lot”, he said and gave us a pat on the back.

I am confessing to you that at that very moment, something grand had happened! The whole place gave off a beautiful fragrance; everything, the trees, the birds, the air, the rocks, everything! Everything! It was awesome! This was the first and the last time I have experienced such a thing. Everything gave off this exquisite fragrance and we both became extremely curious.

The Elder went on: “Go on! Go, now!” He shoved us off quickly and shut the gate, disappearing into his hut. The deacon and I felt very peculiar.
I said to him: “Can you smell it?”
“I can’t tell you how much! What’s going on?”

We started running from his place at the Holy Cross to Mpourazeri without stopping, as if we were marathon runners and could not stop. We covered this distance at no time! All the way up to the Mpourazeri area everything was giving off this fragrance.

This was it. We realized then that this man was indeed hiding a great treasure in him!

I visited him again ten days later, possibly because the affair with the fragrance had taken place. The Elder was behaving in a totally different manner. Thus ever since October 1976 my soul clung to this Elder and I felt the presence of the Lord, just as the Psalm says: “my soul clings to you” (Psalm 63, 8). The Lord was present!

From then on, I became absolutely certain of one thing: whatever Jesus says in the Gospel, whatever the Holy Fathers said in their life stories, whatever was written about the Church, whatever I had ever heard about these things were all true. There was not a single doubt in my mind about anything relating to the Gospel and the Lord’s commandments. Let’s face it; doubts are natural to the mind of an eighteen year old when his soul is still very immature.

That year went by with me visiting him several times. In the meantime, I had decided to stay at the Holy Mountain (i.e. to become a monk) and drop my studies. The Elder did not permit this because I was studying through a scholarship offered to me by the Church of Cyprus. He said: “You can stay at the Holy Mountain, but you must still sit for your exams. Since the Church sent you, it is not right to drop everything as soon as you came up here”. And this is what happened.

My experience with Elder Paisios Part A.