The Meaning of Christian Asceticism (2) (Metropolitan Symeon of Nea Smyrni)

The Meaning of Christian Asceticism (2) (Metropolitan Symeon of Nea Smyrni)

3. However, fasting and ascetic effort don’t mean merely abstinence from particular foods. They definitely include a struggle to free ourselves from our passions and an effort to acquire Christian virtues.

Saint Theodore says in the hymn [Vespers, Sunday of Forgiveness]: ‘As we fast from food, let us also abstain from every passion, rejoicing in the virtues of the Spirit’.

The true fast, as described to us by Saint Basil, is not fully expressed simply by abstention from food, but proceeds to our liberation from every kind of passion.

‘For the abstention from food is not in itself a praiseworthy fast, but rather, let us keep an acceptable fast, pleasing to God. True fasting is alienation from wickedness, control over the tongue, refusal to become angry, estrangement from slander and desires and false witness. Such privation is a true fast. In these ways, then, fasting is good’ (13). 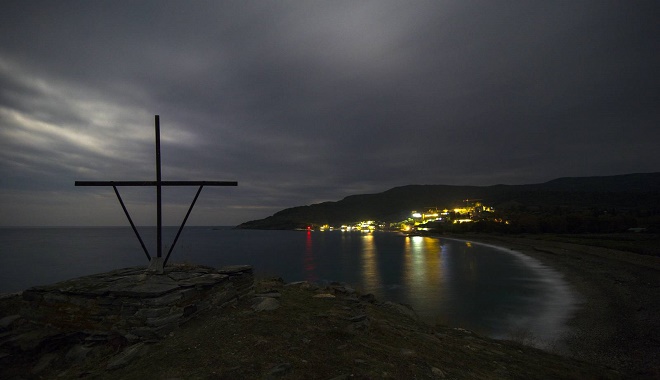 But there’s also the positive aspect to life with Christ. As well as our struggle to become free of the various passions, we also attempt to acquire the Christian virtues. One of the spiritual teachers in the Philokalia observes: ‘Apart from purification from vile habits, we should also acquire the virtues’ (14). As the Prophet King David very succinctly puts it: ‘Depart from evil and do good’ (Ps. 33, 14; 36, 27).

Saint Basil the Great says that ‘recognition of what is bad is the fundamental condition for acquiring that which is good’. And, in his comments on the above wording of the Psalms, he goes on to say: ‘In wisely and astutely bringing us to virtue, [David] makes departure from wickedness the first requirement for good. If he had first shown you perfection, it would have made you disinclined to make the effort. But he has shown you what is more easily achievable, so that you can then defeat the rest. I would say that practicing a life of devotion to God is like a ladder. Those who are new to the life of virtue have to begin with the first rungs and to climb up from there, so that they can gradually reach as far as is possible for human nature. Just as with the ladder, the first rung constitutes a departure from the ground, so a withdrawal from evil is the first step in terms of progress towards the divine realm’ (15).

According to Saint Symeon the New Theologian, our struggle in Christ consists, on the one hand of extinguishing and obliterating the passions ‘from our soul completely’ and, on the other, in ‘storing up the virtues instead of them, through every power of the soul’. And the God-bearing father continues: ‘Unless this is what we do, our struggle will not have a good outcome, nor will there be any benefit to us merely from our estrangement from the passions. Those who simply are not greedy are not to be praised, but rather, those who are generous; nor are those who keep safe the talent they were given, but those who increase it; nor are those who refrain from evil, but those who do good’ (16).

The Christian life is not without purpose, nor is our spiritual struggle without meaning. The supreme aim of our life is communion and union with God. The meaning of the struggle we engage in is that we should become sharers in salvation in Christ.

Within the framework of our life in Christ, a separate goal is served by our particular struggle at the season of Great Lent. Saint Theodore says in the hymn, may we all ‘be allowed to see the solemn Passion of Christ our God, and, with great spiritual gladness, to behold His holy Pascha’.

The goal towards which the spiritual preparation of Great Lent aspires and which we’re called to by our Mother Church, is that we should all be allowed to gaze upon the Passion of the Lord and that we should share in the joy of Easter and the hope of the Resurrection.

May God grant it, my dear friends.