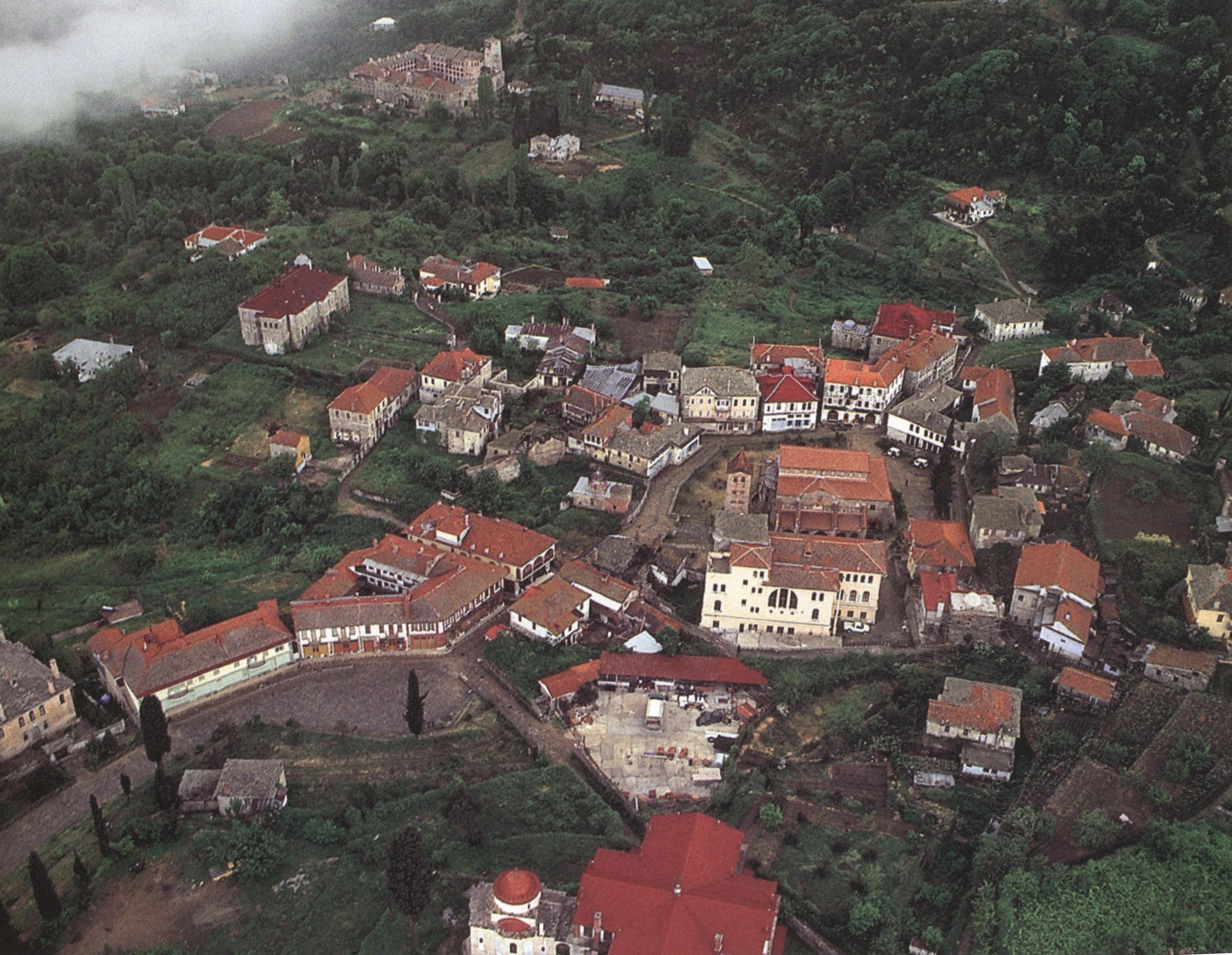 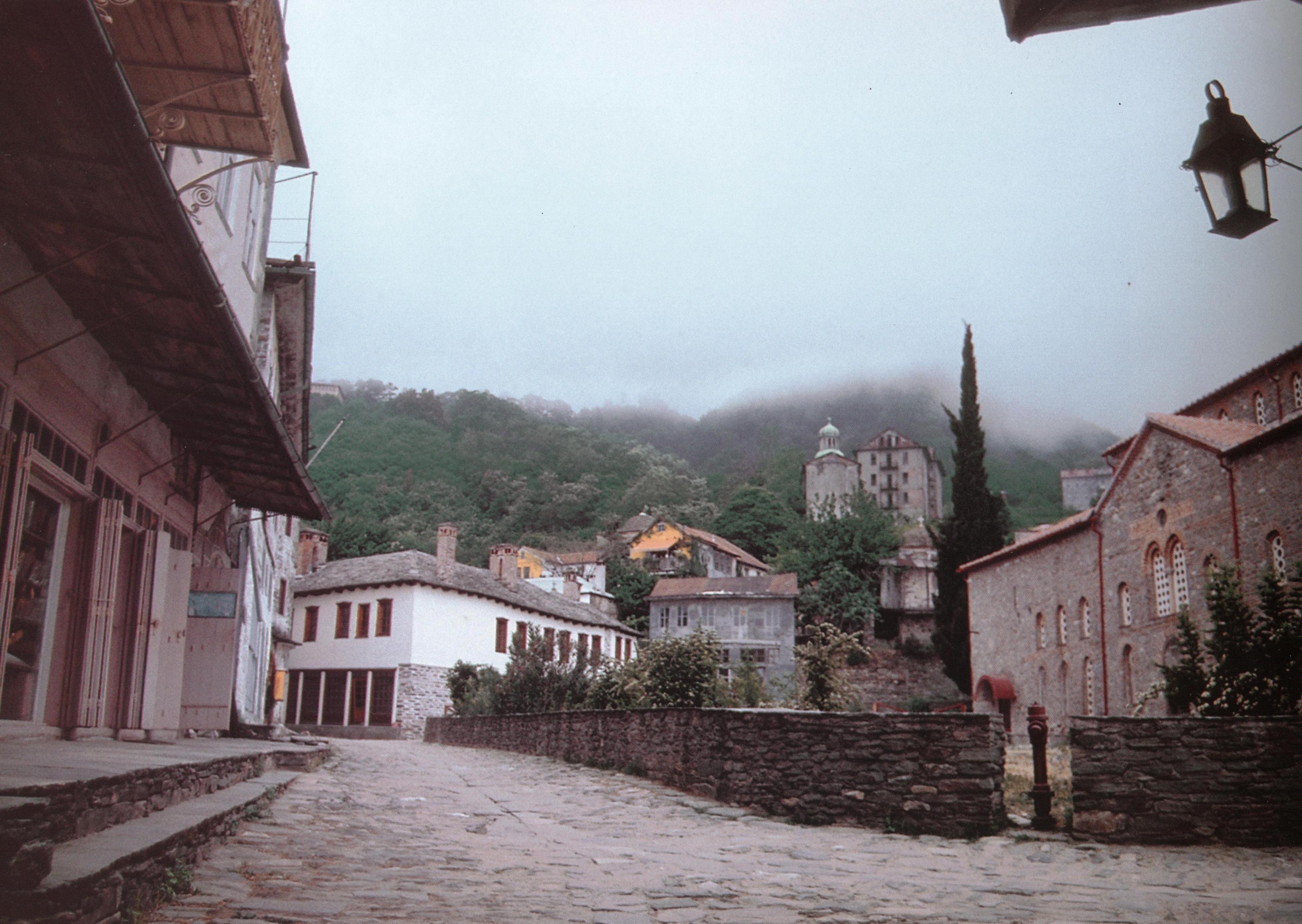 The road south of the Protaton.

Karyes is the capital of Mount Athos. The community already existed at the beginning of the 10th century, then known as Messi (Middle). Here was the seat of the Protos, or administrative head of Mount Athos. Here too was the Protaton, the central church of the peninsula, which was the principal meeting place for the Mountain’s monks for both religious and administrative purposes. The church, dedicated to the Dormition of the Virgin, was small, demolished and the present church built in its place. The wall-paintings, dating to around 1300, are traditionally by Panselinos. The Protaton houses the miraculous Axion Estin icon. Next to the Protaton stand the Holy Community building and the tower. The latter houses the archives, which include many valuable documents. Including the Mountain’s Charters of 972 and 1045, signed respectively by the emperors John Tsimisces and Constantine Monomachos. Karyes is also the seat of the Civil Governor of Mount Athos, a representative of the Greek state, and each monastery has a “konak”, or sort of embassy, here for its Representative to the Holy Assembly.