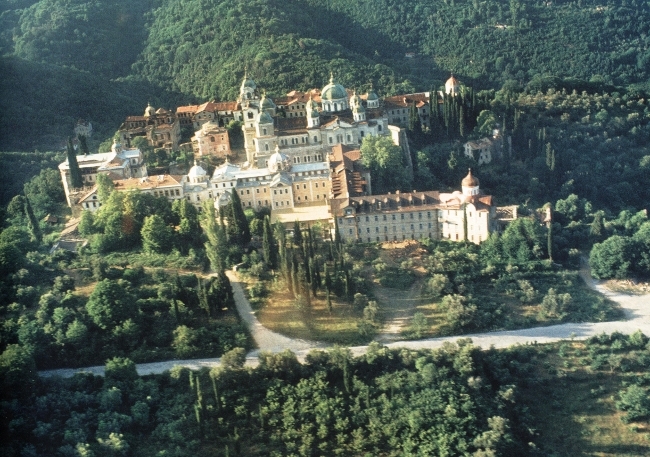 From the very beginnings of Athonite Monasticism, Karyai was a focal point of ascetic endeavour. A little above the area where is now housed our Skete, Saint Athanasios the Athonite found his first monastic home on Athos, and here in the region of the Skete, we hear mention of a Monastery named variously “Xystre” or “Xestou” from the 10th until the 15th centuries. The history, however, of the region begins to take a more definite shape with the coming here of the founding father Athanasios Patellaros.

Athanasios was born in the late 16th century in Crete, and in that turbulent period of Turkish rule he became Patriarch of Constantinopolis. His tenure, however, was brief, and in his retirement he came to Athos, and finding here a Monastic House dedicated to St. Anthony the Great, he refurbished and renovated it.

Athanasios later departed for the Ukraine, and in a Monastery there he left his last breath. When his relics were exhumed, they were found to be incorrupt, and he was soon de clared a Saint by the local Orthodox Church. His Athonite Monastic House became the foundation for the later Skete, and from that time on, along with the subsequently added festival of Saint Andrew, it honours especially the memory both of Saint Anthony and of Patriarch Athanasios. 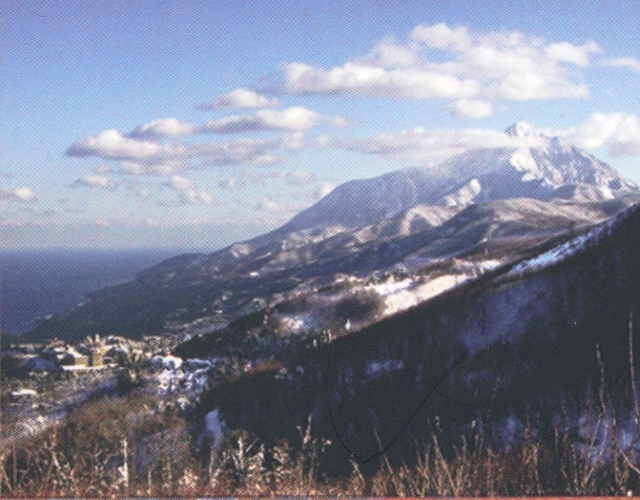 The spiritual bond of the region with Constantinopolis was further strengthened with the arrival here of another retired Patriarch, Serapheim II. Serapheim demolished the old building and built on its site a new structure, now delicated not just to Saint Anthony but also to the Apostle Andrew. The change was significant. Serapheim, as Patriarch, had declared as Patronal festival of the Patriarchate the feast of Saint Andrew, who, according to tradition, preached the Gospel in Byzantium and osdained the first Bishop of the city, and after his retirement he modeled his new Athonite Church on the Great Cathedral of the Holy Wisdom (in minituare!), and dedicated it to the Apostolic founder of the Church of Constantinopolis. 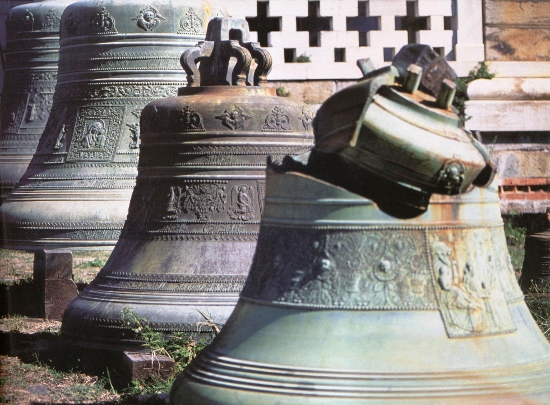 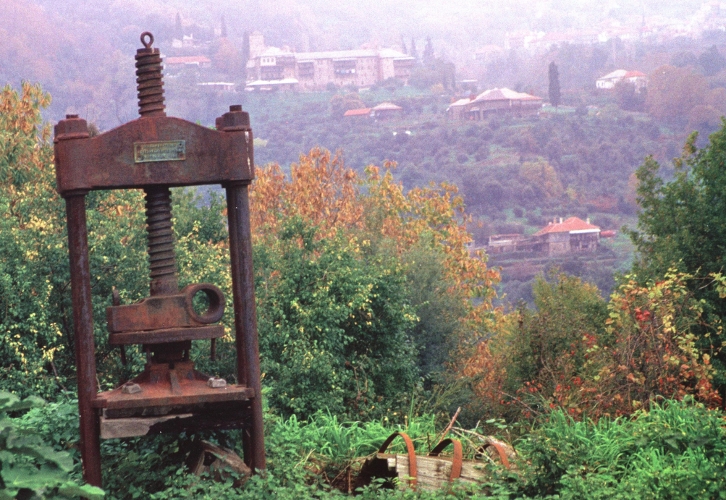 This Church is still extant, oposite the Main Church of Saint Andrew.

A century or so after Serapheim’s tenure, in 1844, the House was given by the ruling Monastery of Vatopaidion to two Monks from Russia, Bessarion and Barsanouphios, and in 1849, another Patriarch, Antimos VI, upgrated it to the status of “Skete”. During this period the community grew rapidly in numbers, and huge buildings were built to house the new brethren. In 1867 the foundation stone was laid for a new and vast Church of Saint Andrew, which was consecrated by yet another retired Patriarch, Joakeim III, in 1900. Herein was, and is, treasured the forehead of Saint Andrew, miraculously exuding a sweet fragrance.

By the beginning of the twentieth century the Skete had grown to enormous proportions. Its heyday was, however, shortlived. The outbreak of the First World War, and the subsequent Russian revolution, brought swift and disastrous results. Almost as soon as the last buildings were finished, conscription and denial of access for potential Monks from the Soviet Union to the Holy Mountain, had their almost inevitable effects. In 1958, fire destroyed the Skete’s western wing and library, and in 1971 the last of the old Community, Monk Sampson, died.

After 20 years of desolation, in 1992 a new, Greek-speaking brotherhood brought new life to the Skete, and in 2001, the coming of several young Monks, with new Prior Archimandrite Ephraim, brought promise of a bright and hopeful future.