Petition against the Unjust Attack on the Metropolitan of Limassol

Petition against the Unjust Attack on the Metropolitan of Limassol 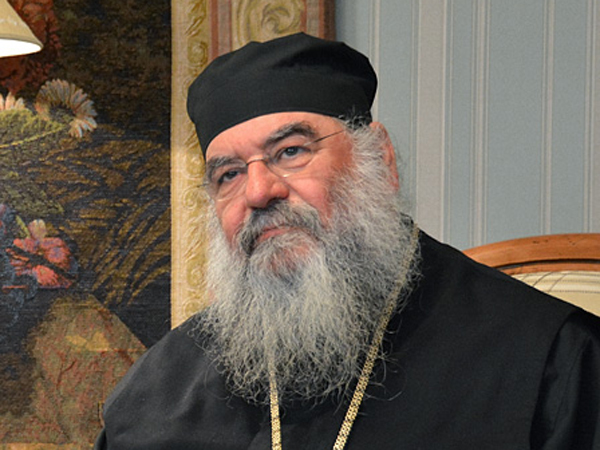 The public is invited to sign the letter in order to assist the President of Cyprus ‘to turn the institutions and forces of our homeland towards the development of our spiritual credentials with mutual respect, love and boldness in adversity. These are virtues cultivated by the presence of Metropolitan Athanasios of Limassol in our country’.
The whole letter can be read and signed below
SIGN: Ἐπιστολὴ Ὑποστήριξης Μητροπολίτου Λεμεσοῦ Ἀθανασίου

By continuing, you agree to receive emails from Avaaz. Our Privacy Policy protects your data and explains how it is used. You can unsubscribe at any time.
This petition was published by Palazis and may not represent the views of all the members of Avaaz.

Letter of Support for metropolitan Athanasios of Limassol
Dear Mr President,
In these trying times for our homeland, with external enemies lurking and internal problems of a different kind, we believe that you can intervene and repudiate the saying that ‘Democracy would be the worst political system were it not for dictatorship’.
Our motivation is the opportunity taken by some people to use their pen not against the woes which are afflicting us but against the quiet forces supporting our people in their efforts to get through their daily trials with their heads high.
We are referring to the attempt on the part of some members of the press to engage with person of the Metropolitan Athanasios of Limassol as if he were their personal enemy and anything worse that emerges from what they write. There is also the striking statement of the Attorney General of the state who considers it a rash or irresponsible action to move the time of a service rooted in our tradition so that the start of the strict curfew you decided on could be observed. The Attorney General did not take into account the fact that your decision was officially announced 24 hours before the appointed starting time. It was for the same reasons that the Metropolis of Limassol did not feel irresponsible for the one-hour change in the timing of the vespers service for the great feast of the Annunciation, while observing the limit on the number of people in churches. The intention was and is that people should be home in time. Procedurally, a legal evaluation of a question is what is required, not characterizations.
As citizens of this state, many of whom are voters who support your work, we ask you most earnestly to turn the institutions and forces of our homeland towards the development of our spiritual credentials with mutual respect, love and boldness in adversity. These are virtues cultivated by the presence of Metropolitan Athanasios of Limassol in our country. Doubtless this is why you and your associates honor his personal feasts with your presence.
In expectation of your answer, we remain…