Becoming “All things to all people in order to save them.” (Elder Porphyrios)

Becoming “All things to all people in order to save them.” (Elder Porphyrios) 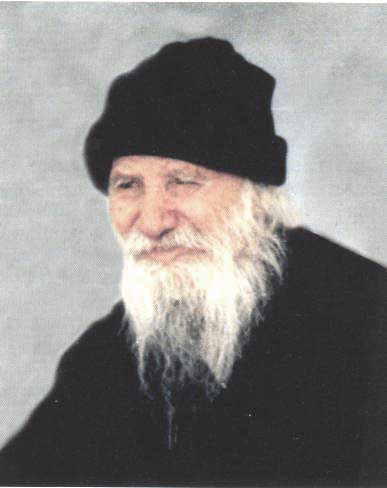 Elder Porphyrios throughout his whole life received all those who came to him; becoming, like St. Paul, “All things to all people in order to save them.”

All kinds passed by his humble cell; both holy ascetics and sinful thieves, Orthodox Christians and people of other denominations and religions, insignificant people and famous personalities, rich and poor, illiterate and literate, lay people and clergy of all ranks. To each one he offered the love of Christ for their salvation.

This does not mean that all those who went to the Elder or who knew him, for however long, adopted his message or acquired his virtue, and thus were as worthy of our complete trust as he was. A great deal of care, vigilance and good sense is required, because as the Elder becomes well known, the temptation will come to some people to claim some type of attachment or connection with him. They will want to boast or to create the false impression that they are speaking for him. Apart from pure devotion and true love, apart from humble approach and honest learning, there is also conceit and personal gain. Naivety exists, but so does guile. Ignorance exists but so does error and deception.

In his final years Elder Porphyrios grieved about this a lot. That is to say, many people passed themselves off as his spiritual children and let it be hinted that they did what they did with the Elder’s blessing or approval. However, the Elder neither knew them nor sanctioned their activities. In fact he twice requested that relevant notices to be written for the briefing of Christians. On both occasions he revoked the order for their publication.

Here is one example. The Elder had taken a certain stance regarding various ecclesiastical issues that were dividing the faithful. This was known to very few people, who should have kept it confidential. Sometimes, however, people came who followed or expressed the opinion of one side or the other. It is not right to suppose that because a certain person saw the Elder, the opinion which that person held was then blessed by the Elder. If only we were obedient to the Elder! If only those of us who approached him had embraced his advice and in general his spirit!

His spirit generally speaking was one of absolute submission to the “official” Church. He did absolutely nothing without her approval. He knew from experience in the Holy Spirit that the bishops are bearers of divine grace quite independent of their personal virtue. He perceptibly felt divine grace and he saw where it was acting and where it wasn’t acting. He graphically emphasized that grace is opposed to the proud, but not to sinners, however humble.

For this reason, he didn’t agree with actions that provoked disputes and conflicts within the Church or verbal attacks on bishops. He always advised that the solution to all the Church’s problems should be found in the Church and by the Church with prayer, humility and repentance. It is better, he said, for us to make mistakes within the Church than to act correctly outside it.

Extract from the book “Elder Porphyrios: Testimonies and Experiences” by Klitos Ioannidis.