WHAT’S IN THE STARS? A CLOSE LOOK AT ASTROLOGY

WHAT’S IN THE STARS? A CLOSE LOOK AT ASTROLOGY 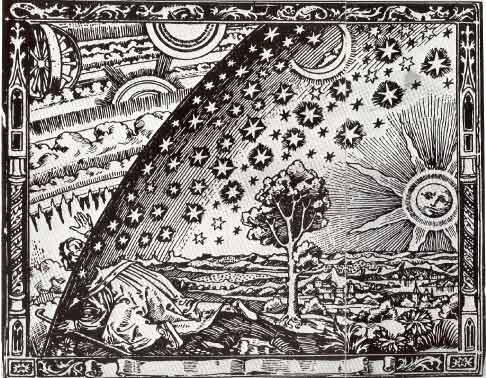 (…For at it they who worshipped the stars, were taught by a star to adore Thee, the Sun of righteousness, and to know Thee the Orient from on high…”) (The Christmas Troparion)

Archbishop Dmitri of Dallas and the South

The average person today likes to think of himself as a product of the scientific age. He often flatters himself with the thought that he is superior to his ancestors, not standing in awe of the natural world, having no fear of the unknown, and being free from superstition. He is reluctant to believe anything that cannot be proven logically or scientifically and rejects what he often refers to as “myth” in religion: man’s creation from nothing, his fall, the promise and the coming of the Savior, salvation and life in the world to come. Twentieth-century man has been described as man “come of age”, too sophisticated and knowledgeable to accept these things as literally true, and he takes this description of himself very seriously. He doubts that the Supreme Being, whoever He may be, could have any interest in or plan for man and the rest of creation. For the advocates of twentieth-centuryism, man is entirely on his own and has to work out his own destiny and the meaning of his existence.

In rather glaring contradiction to all this theorizing and self-satisfaction of modern man and his exaggerated ideas about himself, stands one unquestionable fact: …man is as superstitious (today) as at any time in recent centuries. There are more “psychics” and “mediums”, more “seers of the future,” more “fortune tellers,” now than at any time in recent centuries. Hundreds of cheap publications, usually available not only in newspaper and magazine stores, but even in the super-markets, carry the “predictions” of self-styled “clairvoyants,” tales of the supernatural, accounts of communication with the dead and experiences with demonology.

One of the areas in which this fact is most evident is the widespread interest in astrology. Practically all newspapers and magazines dedicate a considerable amount of space to the advice of charlatans who pretend to be experts in reading the stars. It is a million-dollar business, and hundreds of self-proclaimed astrologers, many of whom would not know one star from another, have become wealthy on the gullibility of the public. There are books and pamphlets in the bookstores, drug stores, five and dime shops, airport gift shops, and many other places, large books especially dedicated to the “virgos” and “scorpios”, and pocket-size books that treat the subject in a general way. (Note: A recent issue of a Roman Catholic High School newspaper displayed an “astrological” column written by two female students) All of this worthless “literature” is filled with platitudes that are about as serious and useful as the little bits of advice found in a Chinese fortune cookie. In fact, most of what they tell their readers could be said by anyone and applied to anyone. Imagine taking these “gems of wisdom” as revelations from observations of the movements and conjunctions of the stars: on a given day, to an Aries: “You will have new incentives given to you. Use them to your advantage;” to a Taurus: “You can profit form this day by showing your serene and happy personality;” to a Gemini: “Work out a suitable program, and plan what phase you will develop first.” And yet, millions of people apparently not only consult their horoscope daily, but base their day’s activities on what the stars supposedly tell them to do. They eagerly test all the events of a day and deceive themselves into believing that things turned out just the way the horoscope said. Many claim it is only an innocent pastime, and others see nothing in it contradictory to religion.

Evidently some Orthodox Christians do not know that the Church, in the Bible, the canons and in the writings of the Fathers, condemns the practice of Astrology.

Isaiah, for example, says (47:13-14), “Let now the astrologers, the star-gazers, the monthly prognosticators, stand up, and save thee from these things that shall come upon thee. Behold, they shall be as stubble; the fire shall burn them; they shall not deliver themselves from the power of the flame…”

In Daniel (2:27-28), we read: “Daniel said, the Secret which the kind hath demanded cannot the wise men, the astrologers, the magicians, the soothsayers, show unto the king; but there is a God in heaven that revealeth secrets.”

In his Epistle to the Galatians, St. Paul, finding that even some who had become Christians were holding to their former practices: “But now, after ye have known God, or rather are known of God, how turn ye again to the weak and beggarly elements (the Greek word means ‘rudiments of religion’, such as astrology) whereunto ye desire again to be in bondage? Ye observe days and months and times, and years. I am afraid of you, lest I have bestowed upon you labor in vain.” (4: 9-11)

Astrology was originally a religion. The Greeks learned it from the Chaldeans and Persians. Each planet was a god that had a divine personality and controlled the life and destiny of man. In spite of the fact that today’s astrologers generally deny that their “art” has anything to do with religion, modern astrology is nothing more that a disguised ancient pagan religion.

It is interesting to read what some of the Fathers of the Church have had to say about the subject.

St. Cyril of Jerusalem (Catachetical Lecture IV, 18) says: “It is not according to the date of your birth that you sin, nor is it by the power of chance that you commit fornication, nor, as some idly say, do the confluence of the stars compel you to give yourself to wantonness. Why do you hesitate to confess your own evil deeds and ascribe the blame to the innocent stars? Pay no attention to astrologers; for concerning these the divine Scriptures say: (here he quotes Isaiah 47: 13-14, see above).

St. Gregory the Theologian (Oration XXXIX, v) speaks of “…the Chaldean astronomy and horoscopes, comparing our lives with the movements of the heavenly bodies, which cannot even know what they are themselves, or what they shall be.”

St. John Chrysostom (Homilies on First Corinthians, iv, 11) shows how the faith of the Christians of his time had been weakened by the revival of this pagan practice: “And in fact a deep night oppresses the whole world. This is what we have to dispel and dissolve. It is not only among the heretics and among the Greeks (pagans), but also in the multitudes on our side (the Christians) with regard to doctrines and to life. For many entirely disbelieve the resurrection; many fortify themselves with their horoscopes; many adhere to superstitious observances, and to omens, and auguries and presages. And some likewise employ amulets and charms.”

St. John of Damascus (The Exact Exposition of the Orthodox Faith, Book II, Chap. vii) writes: “Now the Greeks (the pagans) declare that all our affairs are controlled by the rising and setting and collision of the stars, the sun and moon (and the signs of the zodiac); for it is with these matters that astrology has to do. But we hold that we get from them signs of rain and drought, cold and heat, moisture and dryness, and of various winds, and so forth, but no sign whatsoever as to our actions. For we have been created with free will by our Creator and we are masters over our own actions. Indeed, if all our actions depend on the course of the stars, all we do is done out of necessity (fate, in other words); and necessity precludes either virtue or vice. But if we possess neither virtue nor vice, we deserve neither praise nor punishment, and God too, will turn out to be unjust, since He gives good things to some land afflicts others. In fact, He will no longer guide or provide for His own creatures, if all things are carried and swept along in the grip of necessity. And the faculty of reason will be superfluous for us, for if we are not masters of any of our actions, deliberation is quite superfluous. Reason, indeed, is granted to us solely that we might take counsel, and therefore all reason implies freedom of will.”

Christians should not practice astrology nor consult horoscopes because it puts faith in created things rather than in the Creator; it thus undermines faith in God and His redeeming economy (plan) for mankind; it denies freewill and attributes all that happens to fate; it relieves man of the responsibility for his sins; it weakens and finally replaces, however subtly, the faith of the Church, which is the doctrine of Christ, with a pagan philosophy or religion.

The purpose of the coming of the Savior was to reveal the truth to man and to destroy this very kind of futile faith that people had put in the course supposedly determined for them by the stars. This is the whole point of the Nativity troparion.

“Thy Nativity, O Christ our God, hath arisen upon the world (as the sun, moon and stars rise), as the light of wisdom (the true knowledge of God). For at it they who worshipped the stars (the magi who were astrologers) were taught by a star (the unique star that appeared once as a guide to where the child was) to adore Thee, the Sun (Christ the true light) of righteousness, and to know Thee, the Orient (the real morning star) from on high. O Lord, glory to Thee.”

From The Dawn, Publication of the Diocese of the South, Orthodox Church in America, March 1979