“These Truths We Hold” (Part VI)

“These Truths We Hold” (Part VI) 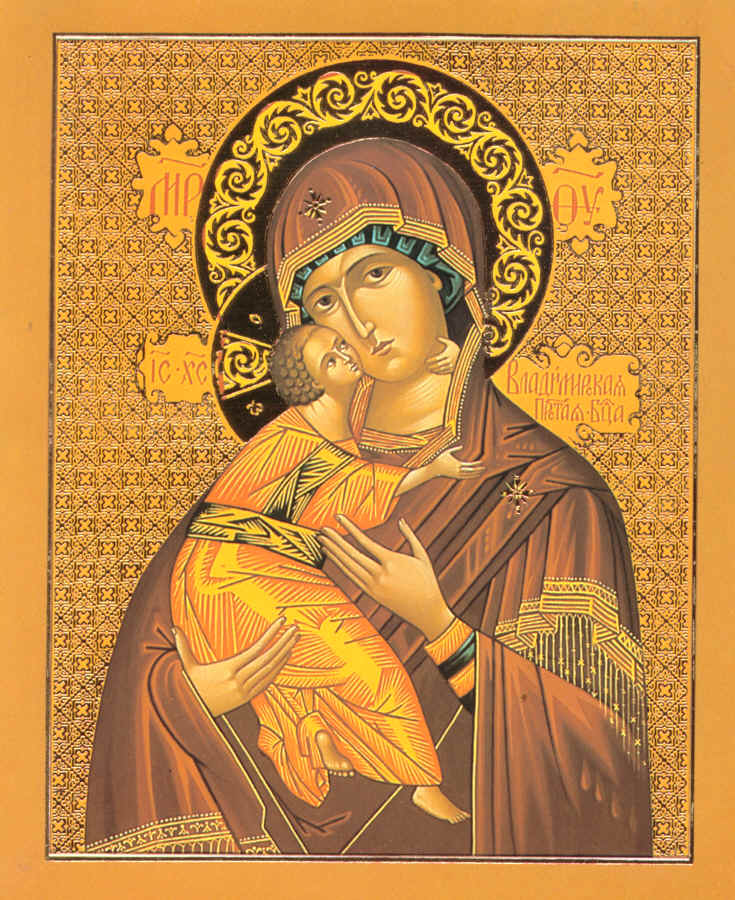 Other Orthodox Communities in America.

Albanian Orthodox immigrants had been arriving in America for some time and, after some troubles with the local Greek Priest in Boston, Massachusetts, the Albanians there selected Theophan (Fan) Noli to be their own Priest. Accordingly, on February 9,1908, Fan Noli was ordained to the Priesthood by Archbishop Platon in New York and the first Liturgy in the Albanian language was celebrated by Fr. Theophan in Boston on March 18, 1908. After serving for some years, organizing Albanian parishes, Fr. Theophan returned to Albania, where he was consecrated Bishop, on November 21,1923, subsequently becoming Prime Minister of that country in 1924. After a coup-d’etat, Bishop Theophan was forced to leave Albania, eventually returning to America as Bishop of the Albanian Orthodox Church in America. At his death in 1965, he was succeeded by Bishop Stephen (Lasko), who joined the Albanian Church to the newly-autocephalous Orthodox Church in America in October, 1971. Another tiny Albanian Diocese in America is under the spiritual care of the Patriarch of Constantinople.

In the latter half of the 19th Century, many Syrian families emigrated to America, with the largest population in New York City. Accordingly, on March 12, 1904, Archimandrite Raphael (Hawaweeny) was consecrated Bishop by Archbishop Tikhon as his Auxiliary with responsibility for these Syro-Arab communities, serving capably until his death in 1915, when he was succeeded by Bishop Aftimos (Ofeish), who was consecrated in 1917 by the Russian Bishops in America as Bishop of Brooklyn. At the same time, a Metropolitan Germanos from the Antiochian Patriarchate had arrived in America in 1914 and had organized several parishes under the Patriarch of Antioch’s spiritual care. Bishop Aftimos was deposed in 1933, and much of his jurisdiction disintegrated, being absorbed by others, including several spurious American Orthodox groups. Metropolitan Germanos returned to Beirut, Lebanon, where he died in 1934, and Bishop Anthony (Bashir) was appointed Bishop of the American Antiochian parishes. These parishes are presently ruled by a Metropolitan, appointed by the Patriarch of Antioch, and resides in New York City.

In the latter half of the 19th Century, many Uniates from the Carpathian regions of Russia and Austria-Hungary emigrated to the United States and in 1891, the first Uniate parish, St. Mary’s in Minneapolis, was joined to the Orthodox Church, beginning what was to be a tidal wave of reunion of these Uniates to Orthodoxy. In February, 1936, an American Carpatho-Russian Diocese was organized at a council of clergy and laity in Pittsburgh, Pennsylvania, and in November, 1937, Fr. Orestes Chornock was elected Bishop, being consecrated by the Patriarch of Constantinople on September 18, 1938, as Bishop of the new Carpatho-Russian Diocese, which was placed under the Patriarch’s spiritual jurisdiction. This situation continues to the present day, with the Bishop of the Diocese elected by the clergy and laity of the Diocese, and confirmed by the Patriarch, although the Diocese is self-governing in its internal affairs.

In 1866, the first Greek Orthodox Church in the United States was founded in New Orleans, Louisiana. Immigration from Greece increased steadily in this period after the American Civil War until, by 1910, there were over thirty Greek Orthodox congregations in America, under the spiritual jurisdiction of either Archbishop Tikhon and the Russian Church or the Holy Synod of Greece. In 1918, the Metropolitan of Athens, Meletios, visited the United States, and upon his return to Greece, he designated Bishop Alexander of Rhodostolos to carry on the work of organizing the Greek parishes. On December 8, 1921, Metropolitan Meletios was elected Patriarch of Constantinople, and on May 14, 1922, the Greek parishes in America were transferred to his new jurisdiction. Bishop Alexander was elevated to the rank of Archbishop and in 1923, he consecrated Bishops for Boston and Chicago. The Greek parishes increased steadily in numbers and in 1931, Archbishop Athenagoros was appointed to head the Exarchate in America. In November, 1948, he was elected Patriarch of Constantinople, being succeeded by Archbishop Michael of Corinth as Exarchate in America. At the present, the Greek parishes are headed by an Exarch — Archbishop, residing in New York, and a number of Bishops appointed to various Sees throughout the United States and Canada.

The first Romanian church in the United States was organized on August 15, 1904, in Cleveland, Ohio, although two Romanian Orthodox churches had been organized in Canada in 1901. Until World War I, all Romanian Priests came from Romania, but with the cutting off of immigration by the War, several Romanians in America were ordained by the Russian Orthodox Bishops there. At the conclusion of World War I, the Metropolitan of Sibiu in Transylvania began to send Romanian Priests to America. On February 24, 1918, a Romanian council meeting in Youngstown, Ohio, voted to establish a Romanian Episcopate, but this Episcopate did not become active at this time. By 1924, the Romanians in America were to be found in three different jurisdictions: those ordained in Romania recognized the spiritual authority of the Metropolitan of Transylvania, those ordained by the Russian Bishops recognized the spiritual authority of the Russian Bishop Adam, and those in Canada generally recognized the spiritual authority of the Metropolitan of Moldavia.

In April, 1929, at a Romanian council in Detroit, Michigan, a new Romanian Episcopate was organized and on March 24, 1935, after many appeals for a Hierarch, Bishop Polycarp (Morusca) was consecrated for the American Diocese. After much organizational activity, Bishop Polycarp returned to Romania in August, 1939, for a meeting of the Romanian Holy Synod, but with the outbreak of World War II, he was unable to return to America. With the Communist takeover in Romania after World War II, the situation in America became confused with respect to the Romanian parishes there and on July 2, 1951, a split occurred in the Romanian Episcopate, with one group remaining loyal to the Patriarch in Bucharest and the other re-establishing an autonomous Diocese, for which the lay theologian, Viorel D. Trifa was elected Bishop (Valerian). Those loyal to the Patriarch adopted the title Romanian Missionary Episcopate and the group headed by Bishop Valerian called themselves the Romanian Orthodox Episcopate of America. In 1960, the group headed by Bishop Valerian was joined to the Orthodox Church in America, but the other remains under the spiritual jurisdiction of the Patriarch of Romania.

With the outbreak of World War I and the onslaught of the Bolshevik Revolution in 1917, the situation of the Archdiocese of America and the Aleutians became very confused. The Archdiocese was forced to declare itself temporarily autonomous, headed by Metropolitan Platon (the Metropolia — later the Orthodox Church in America). A Russian Exile group, the Russian Orthodox Church Abroad, established itself as an autonomous group in Karlovtsy, Yugoslavia, and later organized parishes and Dioceses in America. This group split with Metropolitan Platon in 1924, united with the Metropolia from 1937 to 1945 and again split away in that year, remaining in schism until the present time. It is presently headed by a Metropolitan residing in New York City, and several Bishops in America and worldwide, although, in numbers, this group is very small. During the period after World War II, a number of Metropolia faithful and clergy decided to re-enter the spiritual jurisdiction of the Patriarch of Moscow, and thus another Russian jurisdiction was created. This jurisdiction was dissolved with the granting of Autocephaly to the Metropolia (now the Orthodox Church in America) in 1970, although a number of these Patriarchal parishes refused to join the new autocephalous Church, remaining affiliated with the Patriarch of Moscow, who is represented by an Exarch appointed to govern these parishes.

In 1894, the first Serbian parish was founded in Jackson, California, by Archimandrite Sebastian Dabovich, dedicated to St. Sava, and until World War I, the Serbian faithful and clergy in America were subject to the Russian Bishops resident there. With the jurisdictional confusion brought about by the War and Bolshevik Revolution in Russia, in 1926, a Bishop, Mardary (Uskokovich) was consecrated by the Patriarch of Serbia to organize a Serbian Diocese in America. This Diocese expanded in numbers with the increased immigration between the two World Wars and after, and more Bishops were consecrated for Canada, the Western United States and the Eastern United States. During the 1960’s, however, a split occurred in this Diocese, with one group remaining faithful to the Patriarch of Serbia and the other going into schism, calling itself the Free Serbian Orthodox Church.

During the late 19th Century, there was a large Ukrainian emigration to America and Canada, and many Ukrainian congregations were organized under the spiritual jurisdiction of the Russian Bishops in America. In 1919, however, the new Ukrainian National Republic proclaimed a new Ukrainian Autocephalous Orthodox Church in the Ukraine, and in October, 1921, two Bishops were consecrated by the clergy at this Council. A large group of Ukrainians, however, remained loyal to the Patriarch of Moscow, being constituted as a temporarily autonomous Church. With the rise to power of the Communists in the Ukraine, the Metropolitan of the self-consecrated Ukrainian Church was deposed and the progress of this Church was halted in the Ukraine.