The Husband is Head of the Wife?

The Husband is Head of the Wife? 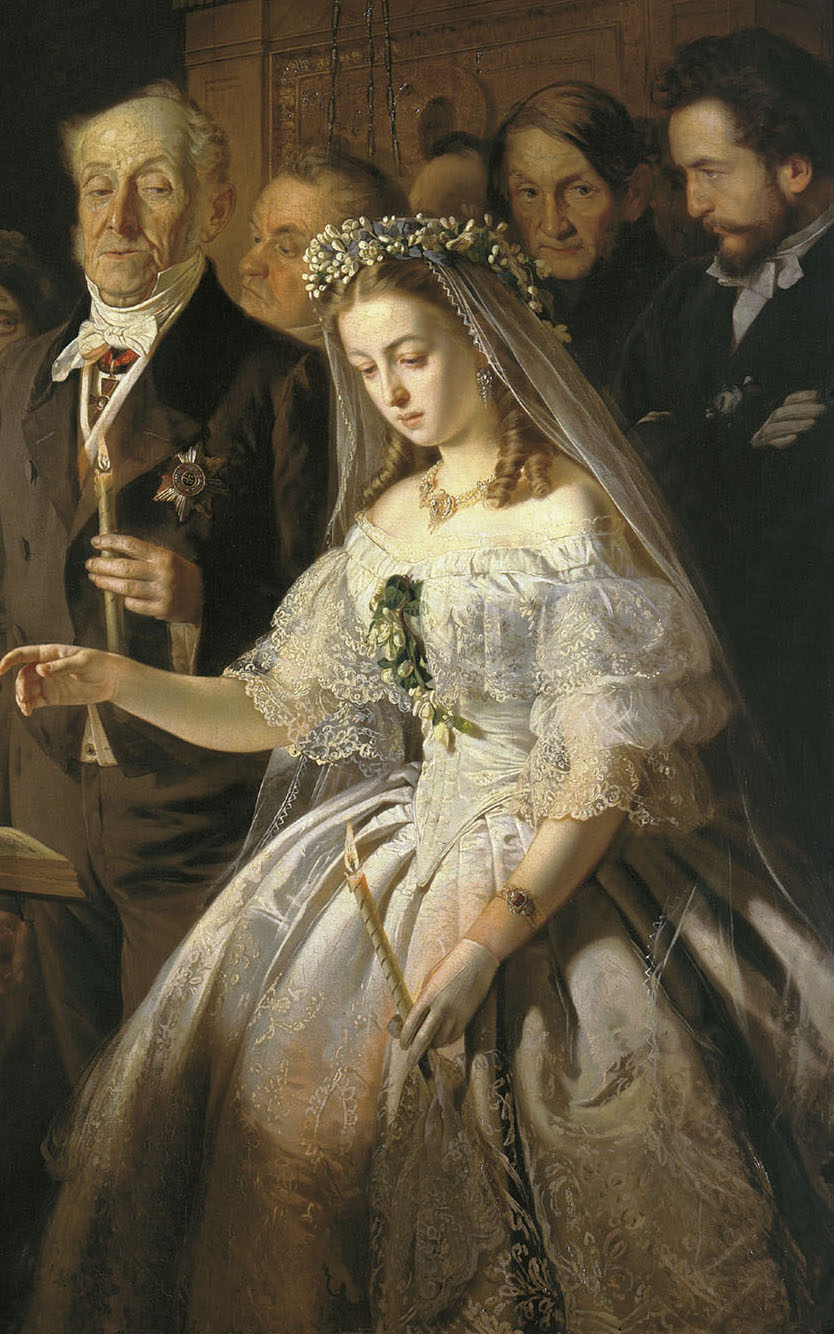 Under what category shall we summarize the relation between husband and wife? Is it a divine or a legalistic headship right for the man over the woman, as it appears for the first instance after reading St Paul’s: “the husband is head of the wife” (Eph 5:23)?

What we really care for in this context is the Divine Word, therefore we will not go into the perplexity of differentiation between masculinity and femininity: This is all quicksand, and the decisions were never ratified in psychology. I am also afraid that, any discourse in this area is neither precise nor is backed with scientific methodology, but rather is solely based upon the personal experience of each one of us with the woman or based upon her personal experience with the man; an experience, which might be successful or failed and sympathetic or stressful. But the most what I fear, is that the people might embed these experiences within a discourse, which they might disguise under a scientific frame: like their saying that the woman is weaker. In what field is she weaker, since she lives between five to seven years more than the man? Is she less intelligent?  It was proven to all the researchers that the woman is no less talented than the man in studying any of the pedagogic materials including mathematics. The feminist movement likes to relate the women’s failure of excelling in certain domains, to the discrimination that have kept them away from those areas. But whatever the result of this psychological and historical discussion may lead to, I am bound – in this controversy – to what the apostle Paul had to say in his epistle to the Ephesians: that the husband is head of the wife.

The complete verse is: “For the husband is head of the wife, as also Christ is head of the church; and He is the Savior of the body.” Preceded by: “Wives, submit to your own husbands, as to the Lord.” (Eph 5:21) but both verses ensue Paul’s command for us all to submit to one another (Eph 5:21). This mutual exchange of obedience is the key in understanding the entire passage. The two can both be mutually obedient and obeyed at the same time. There is no distinction in this. The family, from this perspective, is not a patriarchal society. Any understanding of the woman’s obedience must be understood within the frame of the man’s love for her. The obedience is the answer to love.

Certainly, the context is centered on the obedience of wives, and does not imply the inferiority of the gender of women. Paul is exclusively discussing the inter-marital relationships and does not talk about any discrimination between male and female; and there is no sign that St Paul is suggesting a relationship bound by lawmaking, juridical authority or law-enforcement. The apostle is addressing the wives; they decide their position in the light of their freedom and maturity; they stand with their husbands at the same level.

“Submit to your own husbands, as to the Lord”- for all what we were given is the Face of Christ, and because we obey only Christ – according to what he expressed: “inasmuch as you did it to one of the least of these My brethren, you did it to Me.” (Matt 25:40) Every human is an icon – the wife’s devotion to her husband does not end at this level – it ascends unto Him.

Back to the verse: “For the husband is head of the wife, as also Christ is head of the church;” – Christ’s headship was manifested through His death. St Paul’s teachings concerning the marital relationship are an echo to Christ’s words: “love one another; as I have loved you” (John 13:34). St Paul is not comparing the love of the man for the woman, to the love of Christ for His Church; but rather, he is establishing the foundations of the marital-love upon the love of the Master towards His people, in a way that we can reread the verse in this manner: “the husband is head of the wife, because Christ is head of the Church.” The man is no head by his nature, he becomes such if he loved to death – or demonstrated his willingness to die -for his wife.

One-question remains, given this mutual love, why then this persistence about the headship of the man? Did Paul owe this to Jewish or Greek cultures? After researching this topic, we discover that no one from the Hebrews, the Greek philosophers or even the Romans ever said that the husband is head of the wife. Yes, Aristotle did compare the relation between the man and the women to the relation between the soul and the body, and all the cultures of the Mediterranean Basin called the woman “Sayedah” (Mistress)-Lady. But the term “the husband is head of the wife” is exclusively a Pauline one. His [St Paul’s] inspiration is merely biblical, connected to the Gospel according to St Mark: “the Son of Man did not come to be served, but to serve, and to give His life a ransom for many.” (Mark 10:45) The husband is primarily a servant. “The husband is head of the wife” is an invitation for the husband to be leading in the servitude.

We have then no indications for assuming that the husband has a tribute over his wife by nature or by creation, and that he is consequently, her protector. This might be the result of a “patriarchal” or masculine society. But in the origin, in the beginning, nothing of this was.

Who was this wife that the Apostle asked to be obedient? The answer lays in his verse: “Husbands, love your wives, just as Christ also loved the church and gave Himself for her” (Eph 5:25). Where is this wife who does not submit to the poured love? Outside the boundaries of love, Paul did not suggest obedience.

The women’s submission “in all things” does not imply that the man is the lawmaker. The Word of God is the only Law. “In all things” is bound by the apostolic teaching that obedience is due God rather than men (Acts 5:29). There is no obedience for the sake of disposition, for an unstable temperament of a husband and especially no obedience in sin if requested by the husband or in what is against nature.

The atmosphere of Paul’s passage is not that of a “defeated” or “capitulation” nature, because of the wife’s awareness and responsibility. And if God said: “the two shall become one flesh” (Gen 2:24 / Matt 19:5) and St Paul repeated it in this epistle, then no man is obeyed if he was harming this unity of the body consisting of husband and wife together.

The root of the word “love” as it appeared in the Greek original assumes self-sacrificing according to the type revealed through the death of Christ; but in the same context it does not eliminate the character of “affection” or “adoration” – the Eros – that contributes in uniting the two spouses in one flesh. This last relation has neither meaning nor power if the “love_in_sacrifice” between one soul and the other was not pre-established. Starting from the second century, the Church Fathers talked about the Eros that connected Christ to His people. This is why St Ignatius of Antioch said about the Master: “My love (Eros in Greek) is crucified.” This is why the wife, who is sentimentally deserted or who is betrayed, cannot submit to her husband. In a healthy marriage the relationship is fully balanced between affection and love – in the meaning revealed by Jesus.

The humiliation of the wife, the humiliation of the husband, the domestic violence, the lack of care to the spouse, neglecting the mutual servitude, and extinguishing the warmth of the common living are all destructive measures against the communal life. Yes the flesh is important, but there is no healthy relation in the flesh if the husband and his wife could not say: “we are two souls in one flesh, if you’ve seen one you’ve seen the other.”

In the depth of the marital journey – and which requires a great deal of practice, after the descending of the Divine Love upon both spouses – the “duality” turns towards the union of the one-being, in the same manner the Church ascends towards the unity with her Redeemer and in the same way the Redeemer demonstrated His adjunction to His Church. Outside this vision and outside this context merely remains a wreckage of flesh, bank accounts, realties and “cease-fire” agreements in fear of the scandal or the detonation of the family.

Upon the death of the hearts no discourse can exist about the Marriage as being a great Sacrament and being only reproachable by the Mystery of God’s Love to the universe He created.