What is an Orthodox Woman?

What is an Orthodox Woman? 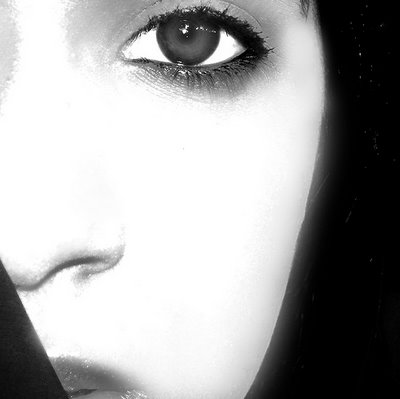 a woman has never been an easy task, ever since God said to Eve, “In

pain you shall bring forth children” (Genesis 3:16). But up until this century, it was at least a fairly

straightforward one. Every little

girl grew up knowing exactly what was required of her in life, and learned, if

not to like it, at least to accept it.

the twentieth century, all this has changed.

Not that being a woman has gotten any easier, in spite of multitudes of

“labor-saving” household devices and the rather dubious advantages of

“having it all.” (What nobody

told my generation, the later baby-boomers, when we were embarking on our

as much work!) But while hard work

is still with us, modern women have lost their clear direction for life.

We are confronted with a cacophony of voices and choices, each beckoning

us onto a different path that promises “fulfillment’”

world gives us many options, ranging from the ultra-conservative image of the

with annoying distractions such as children.

On the farthest fringe, we hear the radical feminists calling every woman

to become a (preferably Lesbian) manifestation of the earth-goddess.

the world offers these and countless other choices, it fails to provide any

right one. Even the various

clear, reliable direction as to how we ought to order our lives or what sort of

respond to rapidly changing social conditions and the demands of feminism.

where does all this leave us? Must

we choose between equally unacceptable

extremes, or is there another way? Is

there a way that offers peace amidst chaos; that speaks of balance and right

proportion; that offers eternal rather than temporal regards; that promises true

fulfillment, not of passing earthly desires and ambitions, but of the deepest

longings of our souls?

is indeed such a way, and it is to be found within the Orthodox Church.

rather than the shifting sands of philosophical fads.

and dignity, with gifts and responsibilities uniquely her own, with her own

essential role to play in the salvation of mankind.

flesh out that vision and see it more clearly, we must look first at the

historical development of the place of women within the community of faith.

understand the history of women in the Church, we have to go back to the very

beginning: to Eve. Church Fathers and scholars have expressed a variety of

opinions about Eve, about the nature of her relationship with Adam before the

Fall, and about the true significance of the “curse” laid on her after the

Fall. But beyond all the controversy, several things are clear:

Eve was created in the image of God, just as was Adam. “So God created

man in His own image; in the image of God He created him; male and female He

created them” (Genesis 1:27). In their essence as created beings, men and

women stand with equal worth and honor before God.

mean she was to be his servant, still less his slave. The Hebrew word used here (ezer)

is often used of God Himself as the Helper of His people. Clearly, the rela­tionship

intended is one of mutual coop­eration, not of domination. Adam, on the other

hand, was given the task of naming the animals before Eve was made from his rib:

so the work of “subduing the earth” was primarily his.

Eve, as we all know, made a dread­ful mistake. She listened to the

seductive words of the serpent and, without consult­ing her husband, ate

the forbidden fruit, thus condemning herself and all her prog­eny to a life

outside Paradise. Some have speculated that Satan chose to tempt Eve rather than

Adam, not because she was weaker, but because he knew that Adam would follow her

in her sin (making him equally guilty). The righteousness of the world was

entrusted to Eve’s keeping, but she did not keep the trust.

As a result of her sin, Eve was condemned to sorrow and pain in child­bearing,

and to a life of subordination to her husband (Genesis 3: 16). The wording of

sim­ply predicting what would happen to women living in a fallen world, rather

than deliberately laying a punishment upon them. Certainly the curse is an

loving cooperation between two people equal in value and honor, but differing in

roles. And we have a picture of that rela­tionship perverted by sin: women

and belittle them. But in that very hour when God pronounced the fate of fallen

woman, he also pronounced her hope: the Seed that would bruise Satan’s head.