God — the Supreme Being

God — the Supreme Being 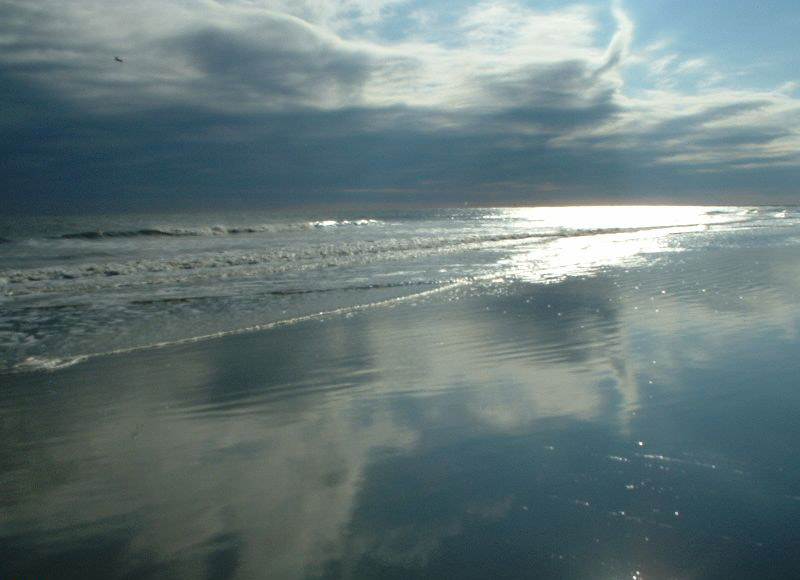 The first question we wish to deal with is, what proof have we that there is a God? This is the question which all infidels ask. They want you to prove to them in so many words and by reasoning and the power of logic whether God lives. But the burden of the proof falls to the lot of those who doubt or deny that God lives, and they should be asked, what proof have they that there isn’t a God? One of the great proofs of the presence of God is the beauty and unity of this universe in which we live. No one could be so blind as to deny that there is a God at the control of the universe. Who can look up at the sky on a bright, clear night, and, having watched the myriads of stars and planets whirling through space, was not awed with the majesty, the beauty and magnificence of this world, this home of ours. Who would not be impressed without feeling awed by a sense of reverence and join the Sacred Writer in saying, “The heavens declare the glory of God, and the firmament showeth His handiwork. This is indeed my Father’s world and He made everything for man to enjoy it lawfully.”

There is multiplicity of proofs and we come in contact with them every day on the highways and byways of life, but if a person is blind of soul, that is, a person whose blindness is self-imposed, because no matter what proofs you adduce for his instruction and edification, he still remains in the clutches of infidelity. The men who have studied the various branches of science have been forced to admit that there is a Master Builder, a Beneficent Providence who established the laws of nature and which work in harmony and perfect order, subject to Divine Intelligence whose creative spirit was the first cause: “In the beginning God created the heaven and earth,” is the first, yet the foremost statement in the Bible. This is our first premise. To disbelieve that is to discover yourselves out of harmony with the world of nature and of nature’s God, out of harmony with the spiritual laws, leading a sordid, meaningless life, a misanthrope and a misfit.

Helen Keller, though blind, is considered today to be one of the foremost Christians in America, whose influence for good is tremendous. One day after giving a lecture, one thoughtless boy approached her and said, “Miss Keller, isn’t it terrible to be blind?” Miss Keller, with perfect poise answered, “Not half as terrible as to have eyes and not being able to see or believe in God.”

Our second question is, “How may we acquire a saving, intelligent knowledge of God?” St. Paul aptly put it this way: “Faith comes by hearing and hearing by the word of God.” This means that God must be approached by an obedient, humble, surrendered faith, a faith acquired by listening to and obeying the revealed will of God. Job asked, “Can you by searching find out God?” The implication here is, you can’t unless your purpose in searching the world of nature, the Bible, and whatever means available to you-unless you sincerely seek to make God the Lord of your life and fashion it by His blessed will, then your searching is in vain.

God is His own proof, and though we could not see God with our physical eyes, He is known to us, and He is apprehended by us when we come to Him in childlike humility and faith. “Unless ye are converted and become as children ye cannot enter the Kingdom of God,” asserted Jesus. That means precisely what Jesus said it does, you must be unconditionally surrendered and earnestly and sincerely seek Him with all your heart. There are many avenues and research by which men seek to know God; mathematics, astronomy, through natural laws and rationalism, but all of these will be futile and will lead to a blind alley unless we lay all that aside and approach Him through the avenue of faith. “Without faith it is impossible to please God, for he that comes to God must believe.” All branches of man’s knowledge will become meaningful, if they are consecrated by your and my belief. To put yourselves on an equal basis with the Eternal, insofar as knowledge in any field is concerned, is to shut yourselves out of His presence. “Learn of me,” said the gentle Savior, “for I am meek and lowly of heart and ye shall find rest for your souls.” It is meekness and not pride, by lowliness of heart and not by high-mindedness, that we begin to have a saving, intelligent knowledge of God.

Pride and a rebellious spirit, and arrogant self-esteem are shutting many otherwise fine people out of the Kingdom. They stumble and fall at the least turn of events and blame God and everyone else for their blindness, short-sightedness and lack of the right perspective on life. One such person who blames everyone including God for the wrongs committed and perpetrated in the world confronted me with the question, “Why should God blame me for the sin that I commit, if He is my Creator, why didn’t He make me perfect?” I had to remind him that God created him a free moral agent, with a discerning intellectual power to choose between good and evil and that God did not create him an automatic machine and that therefore no one can force him to do evil without his full consent, that the keeping of the citadel of a person’s individual soul is entrusted to him by the Almighty.

We come now to the third and last question, what is the most convincing argument for the existence of God? Now, if people believe neither in the revelation of God in nature, or in the Scriptures, how may they be convinced? The most convincing argument, one that cannot be refuted or denied, is the revelation of God in man, the gleaming forth of God’s Holy Spirit, manifested in people whose lives are a shining testimony that there is a God, because such a God lives, moves and has His being in them. “Life is the light of men,” said the Apostle John. People will never be impressed by our theological arguments, neither will they be convinced by the church to which we belong or the Creed to which we subscribe, but they can’t help but believe when they see someone living a life of love and good will, one who seems to be in personal touch with a Power which influences for godliness. Yes, people may never read the Bible, to them it is either a closed book or used only for argumentative purposes, but they can’t help but read your life and mine and if they are Godly that would be the most convincing argument for the fact of the presence of God.

In the village of four hundred people lived a blacksmith who did not believe in anything. In the same village there was only one church and its parson. The parson as well as the villagers invited the blacksmith to come to church and argued with him about the necessity of worship. But he asserted there won’t be any use because he didn’t believe in God.

But in the same village was another man who was notoriously religious and who passed the blacksmith shop every Sunday on his way to church. He was the only man who did not argue with the blacksmith about attending church. And who when he passed him always greeted him with a smile. One day the blacksmith closed his shop and went to church and set in the first pew. He repeated the performance several times to surprise of everybody. One Sunday after the service was over the preacher asked the man was it anything that he said in his sermon which convinced him of the reality of God? The man answered, ‘I could have brushed aside every argument you have advanced. But the one thing that impressed me about the reality of God was the Christian gentleman who passed me every Sabbath day going to the house of God, beaming with a smile and a peaceful outlook. That to me was the most incontrovertible reality of God.”

My friends, would you have a satisfying knowledge of God? Then deepen your consecration. Are you worried about creed? Spotless character gives a clear creed. Is the image of God in your mind distorted and monstrous? It is not your Heavenly Father’s fault. Only a pure mirror reflects a perfect image. A soul of love reflects a God of life. Put out of your life all that fails to harmonize with infinite justice, mercy and unselfish love: put in all that you believe belongs to a character on the pattern of Jesus, and to you the Good Father will become an abiding presence.