St Constantine and Helen (May 21) – “In this thou shalt win”

St Constantine and Helen (May 21) – “In this thou shalt win” 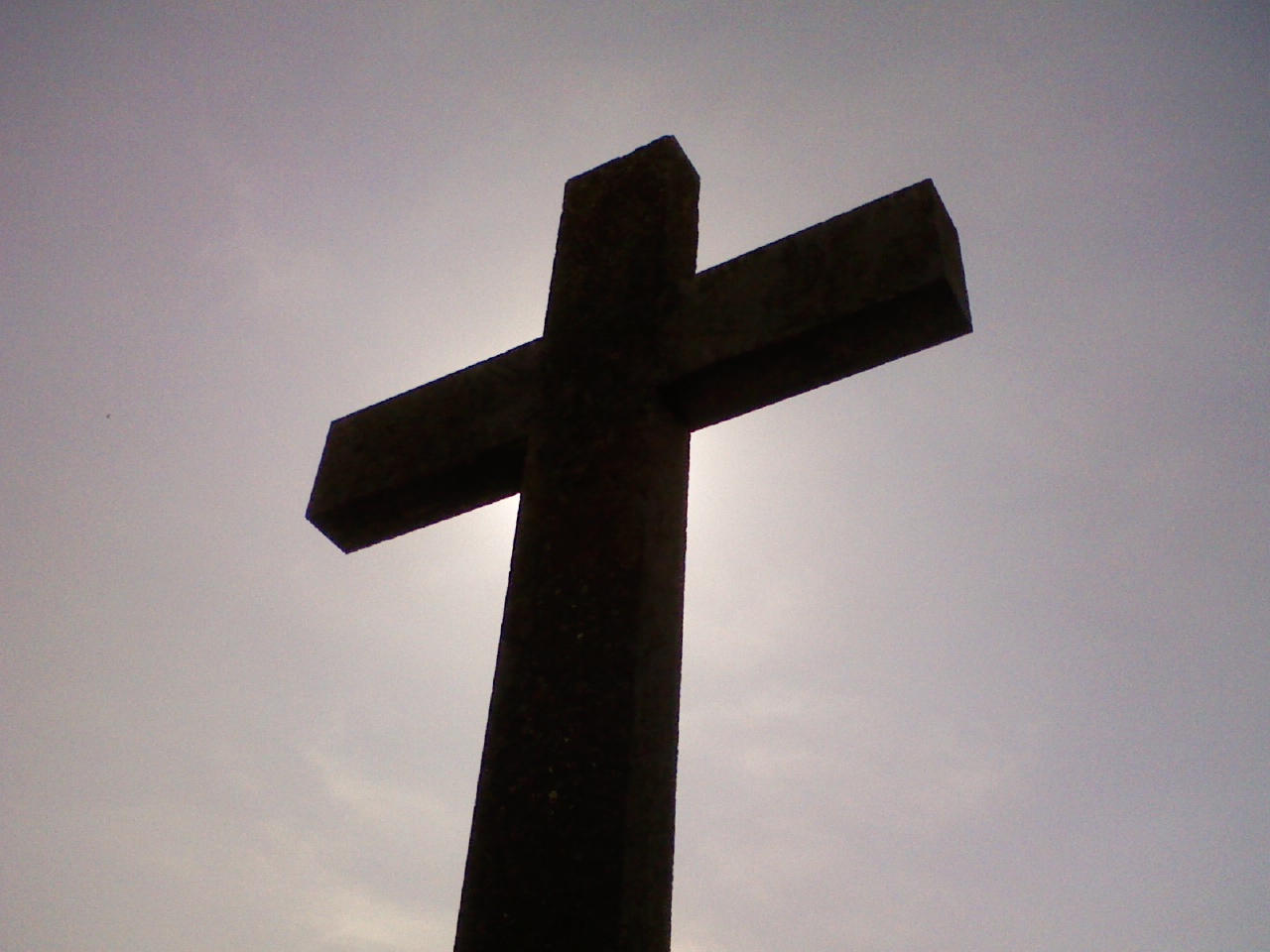 Great Constantine this renowned sovereign of the Christians was the son of Constantius Chlorus (the ruler of the westernmost parts of the Roman empire), and of the blessed Helen. He was born in 272, in (according to some authorities) Naissus of Dardania, a city on the Hellespont. In 306, when his father died, he was proclaimed successor to his throne, in York. In 312, on learning that Maxentius and Maximinus had joined forces against him, he marched into Italy, where, while at the head of his troops, he saw in the sky after midday, beneath the sun, a radiant pillar in the form of a cross with the words: “In this thou shalt win” (Greek: ΕΝ ΤΟΥΤΩ ΝΙΚΑ). 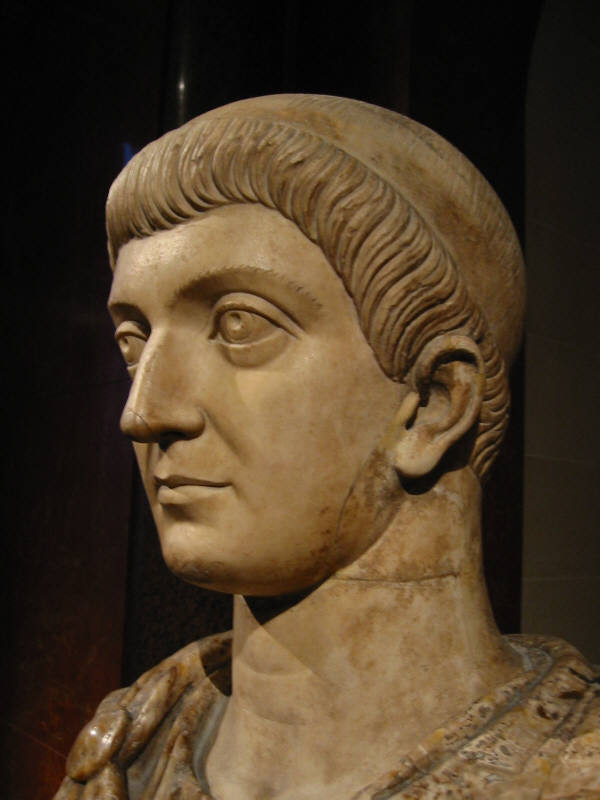 The following night, our Lord Jesus Christ appeared to him in a dream and declared to him the power of the Cross and its significance. When he arose in the morning, he immediately ordered that a labarum be made (which is a banner or standard of victory over the enemy) in the form of a cross, and he inscribed on it the Name of Jesus Christ.

On the 28th of October, he attacked and mightily conquered Maxentius, who drowned in the Tiber River while fleeing. The following day, Constantine entered Rome in triumph and was proclaimed Emperor of the West by the Senate, while Licinius, his brother-in-law, ruled in the East. But out of malice, Licinius later persecuted the Christians. Constantine fought him once and again, and utterly destroyed him in 324, and in this manner he became monarch over the West and the East. Under him and because of him all the persecutions against the Church ceased. Christianity triumphed and idolatry was overthrown.

In 325 he gathered the First Ecumenical Council in Nicaea, which he himself personally addressed. In 324, in the ancient city of Byzantium, he laid the foundations of the new capital of his realm, and solemnly inaugurated it on May 11, 330, naming it after himself, Constantinople. Since the throne of the imperial rule was transferred thither from Rome, it was named New Rome, the inhabitants of its domain were called Romans, and it was considered the continuation of the Roman Empire. Falling ill near Nicomedia, he requested to receive divine Baptism, according to Eusebius (The Life of Constantine. Book IV, 61-62), and also according to Socrates and Sozomen; and when he had been deemed worthy of the Holy Mysteries, he reposed in 337, on May 21 or 22, the day of Pentecost, having lived sixty-five years, of which he ruled for thirty-one years. His remains were transferred to Constantinople and were deposed in the Church of the Holy Apostles, which had been built by him (see Homily XXVI on Second Corinthians by Saint John Chrysostom).

Few can comprehend the greatness of Cosntantine. The humble emperor was chosen by God, just as Apostle Paul had before him. He was a great admirer of the Greek civilisation and eventually became the founder of a new Greek-Christian civilisation the Romiosini ; since he initiated the unification of Hellenism and the Orthodox Christian religion. This civilisation floursihed in the Eastern Roman Empire (which is called Byzantium by modern historians) and survives today within the Greek Orthodox culture.

St. Constantine dipslayed an enlightened and open mind and had an acute knowledge of political, military and social problems thoroughout the vast empire during indeed difficult times. Being the chosen saviour of Christianity, our great Hellenophile and protector glorifies our race and Orhtodoxy. He is depicted holding a globe on his hand, as a sign of power, with his holy mother by his side and the Holy Cross in the middle. The sacred and Holy Cross is held by both as a symbol of protection and the guardian of Orthodoxy.

It would be difficult to expect to find another Constantine in the history of human kind. No other man will face so many enemies and remain undefeated. But St Constantine would not have reached greatness if he had not such an equally great holy mother. St helen was born in 248 AD, probably in England, where her son was later proclaimed Emperor. Constantine honoured and loved his mother very much.

When her son had made the Faith of Christ triumphant throughout the Roman Empire, she undertook a journey to Jerusalem and found the Holy Cross on which our Lord was crucified. After this, Saint Helen, in her zeal to glorify Christ, erected churches in Jerusalem at the sites of the Crucifixion and Resurrection, in Bethlehem at the cave where our Saviour was born, another on the Mount of Olives whence He ascended into Heaven, and many others throughout the Holy Land, Cyprus, and elsewhere. She was proclaimed Augusta, her image was stamped upon golden coins;

It is thus that we know her facial characteristics; St Helen had big eyes, a long thin nose , a small mouth and an authoritative chin. Two cities were named Helenopolis after her in Bithynia and in Palestine. Having been thus glorified for her piety, she departed to the Lord being about eighty years of age, according to some in the year 330, according to others, in 336.

In Palestine she funded excavations and found three crosses. The Holy Cross was identified after placing each one of the crosses on the body of a dead child during a funeral procession in Jerusalem. The Cross on which jesus was crucified showed its miraculous powers causing the child to rise. St Helen was so moved that she visited a girl’s boarding school in Jerusalem where she served the maidens as a slave.