An incredible miracle in Serbia (Part 5)

An incredible miracle in Serbia (Part 5) 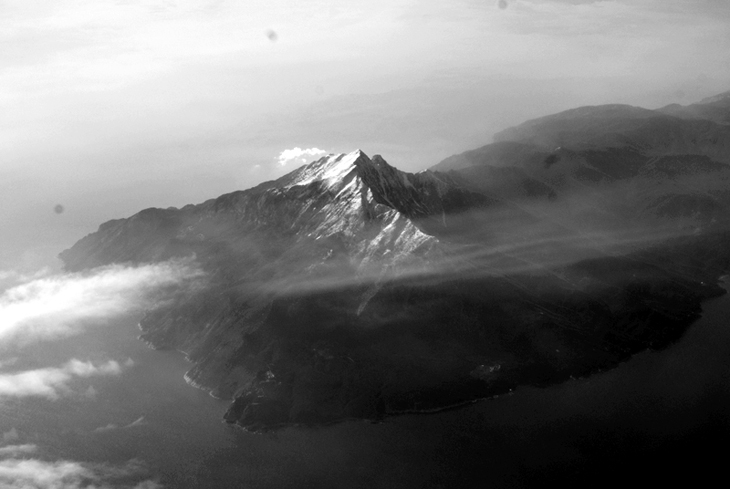 It has been difficult for me to describe what happened afterwards in simple words, since it is beyond imagination, incredible!

The room suddenly brimmed with light and at the same time a winged angel appeared! He was incredibly handsome with long hair tied at the back, like a pony tail. He was wearing a bright, long robe with a garment even brighter on top which was not handmade. He had sandals on his feet.

The angel approached me and said: “Dousan, get up, we will take a walk!” I stood up obediently. The angel then also said: “Dousan, you are lucky you had picked up the monk and the nun with you today and that you have accepted the Lord. Do you know who it was you carried with you today?”  I lifted up my shoulders indicating that I didn’t know and he said: “It was Saint Peter the Apostle and Saint Paraskevi, your family’s patron saint”. I immediately remembered that my father was celebrating the feast of Saint Paraskevi and thus it became a little clearer who it was that I had ferried that day in my car!

Then the angel guided me out of the room and we started walking uphill on the left hand side of the baths, which overlooks the Zitsa monastery. For some part of the road we were silent. A little later on, the angel began speaking:

“Dousan, you are working, you live among people and you believe that it is enough for one to eat, drink, get dressed and have a good time. When it is time to go, two meters territory and some soil on top are sufficient. You think this is everything! But you must learn that death is not the end of life, but a place and time through which man must pass. God has made man from earth and blew the Holy Spirit on him and he became a living soul”.

By the time we had reached the top of the hill, the angel had finished this story. Simultaneously, a dense cloud had lowered itself in front of us. The angel put me inside and the cloud started quickly to rise. While we were being carried by the cloud, the angel continued speaking: “Dousan, you have found a great favor in the eyes of the Lord because of your kind heart, your love for justice and your decency.  You will be shown the correct path to salvation!”

After these words, the cloud stopped and the angel told me again: “Look now at the earth.” I did and he said: “What do you see?”

“I see  the whole of the earth as a sphere, its states, its cities, the villages, the rivers, the sea, the animals, people, even persons I recognize well” Then, I looked at him and saw that three rows of angels  were standing behind him holding trumpets in their hands. They were shining with an unusual brightness. It was impossible to describe this brilliance. He guides me to worlds hitherto unknown to me. The angel then told me: “Dousan, keep looking at the earth and when the angels blow their trumpets you will see how people will rise from the dead, when the Lord Jesus Christ will come again to judge the living and the dead!”

When I looked at the earth, the angels blew their trumpets and at the same time all the graves were being opened in the whole of the earth and the dead were coming out. I had been flabbergasted and my surprise was undiminished. I saw men, women and children coming out of rivers, seas, lakes, from fires, from the mouths of animals and from many other places, similar to the ways they had left this earthy life. I could not speak after seeing this spectacle but the angel immediately clarified for me: “Dousan,  why are you stunned?  Everyone will return to life in the same way he had left it at the sound of the trumpet, irrespective of whether they had drowned, or burnt, or being eaten by the beasts… Everything is possible for God, because there are no dead people but everyone is alive to Him!”  I was even more astonished when I discerned that on everyone’s forehead there was a piece of paper, with something written on it. For some people more was written and for some, less. I was wondering what could be written on them.

My angel guide replied to me, without even me asking him:

“These are the deeds they did while they were living and this is how they will be presented in front of Lord Jesus Christ. It is on this basis that He will judge them!” He also said that even their thoughts were written down and nothing could be hidden. They were reaching their hands and were saying something, but I could not hear their words. I assumed that they had been assembled in family groups, because relatives and acquaintances which I had recognized were standing next to each other.

Then my angel-guide said to me:

“We will now move on, but we will come back here”. With these words the cloud began climbing towards the East, higher and higher. As soon as we had started, I saw masses of people, like flying shadows, moving around us in every direction. I could recognize clearly their hands, their feet, the head, and the whole of the face. I was wondering what kind of people they were. Who are these people who are flying in space?

The angel replied to my thought: “These are not people, but human souls.  God is light and when man was created from earth, He blew His spirit on him and man has become a living soul. That’s why these souls are all light. The soul, which leaves the body, has sight, hearing, speech, memory, feelings and even some other properties it had while still with the body.”

Then he went on to explain: “When the soul leaves the body, it goes through the whole of her life in forty days. It is being shown all that it did, said or thought… and after forty days it is being lifted again to Heaven to be judged. Then it is taken to the place that it deserves”. With this said, we ended the vision of the rising of the dead and the cloud lifted us further away to higher spheres.  We travelled through space, but I can only describe this in general terms since I am in no position and have no ability to describe what it looks like. Its complicated and awesome sight was creating a continuous, immense fear which made me remain constantly glued next to my angel.

These troubles disappeared for the most part as soon as we reached a beautiful, clean place where there was a great boundary, like a wall without beginning or end. There was a gate with the shape of the cross on this wall. An angel- guard was standing to its right. This boundary, especially the town, was magnificently and brightly decorated.

At this station, or place- I do not know how to call this- there were a lot of those souls which I had seen while we had been moving in space. Some were more and some less bright. There were a lot of angels around them, but especially a lot of demons in various hideous guises.  They had been trying to prevent a lot of them to enter the gate even though the angel had given permission.