An incredible miracle in Serbia (part 10)

An incredible miracle in Serbia (part 10) 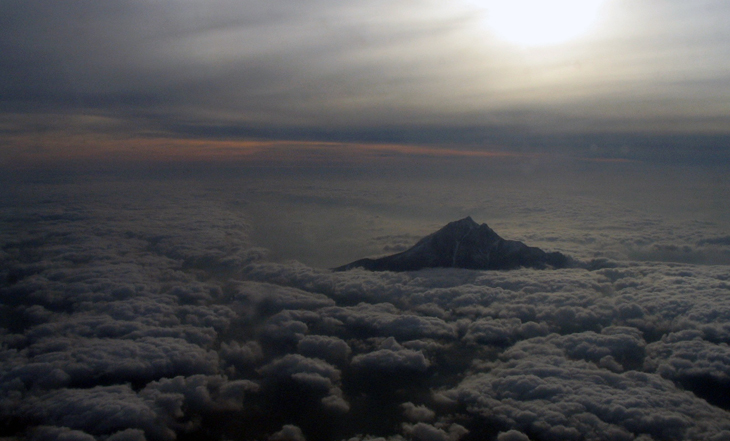 Return to the everyday life of our world

As soon as the vision ended, I woke up and noticed that I was drenched in sweat and that I could not move because of some inexplicably enormous fatigue. The clock next to me was indicating the time to be six o clock in the afternoon! Still under the spell of the vision, I was feeling both joy and fear, but nevertheless I thanked the Lord for allowing me to experience all these.

While I was still lying down dead tired and thinking about all that I had seen in the last six hours, my hand moved to my face and I made the sign of the Cross! The fatigue which was keeping me glued to my bed immediately disappeared and I jumped out of bed in joy because I was liberated from such a heavy burden.

As soon as I sorted myself out a little I left for the monastery of Zitsa to buy the books the angel had recommended. There was no one at the monastery, except from a nice looking monk. Later on, I found out that he was Father Yerasimos. After kissing the icons and lighting my candles, I approached the shelf with the books and asked Father Yerasimos to give me the first four books of the row. Apart from these I also bought two more which I had chosen. I also bought the “Orthodox Missionary” and the “Saint Sava’s bell” which had the icon of our Lady with Jesus on its cover. Upon my departure, the monk asked me very politely to tell him where I came from. Scared in case I gave away what I had experienced, I replied harshly and this is something I am embarrassed about to this day:

“What is it to you, where I come from?” Then I turned my back and got out of the church. The books which I had bought at the recommendation of my angel were:

2.  The life of Lord Jesus Christ

3.  A Reading on an Apologetic Conversation on Faith

4.  A small Canon book- The Akathistos Hymn to the Most Holy Theotokos

5. A canon to the guardian angel

6. A canon of repentance

As soon as I returned to the baths, I immediately looked at the books I had bought and read at the very same night the Euchologio and the Small Canon book to the very end. The next day, feast of Saint Peter’s (the Serbian Church follows the old calendar) I went to the monastery of Zitsa for the service for the first time. I heartily participated in all the holy proceedings during the Holy Liturgy; the chanting at the monastery woke up in me the memory of the sweet chanting of the angels inside the heavenly temples. My heart was brimming with the sweetest spiritual joy! I thanked the Lord for introducing changes to my sinful life. I thanked the Merciful Lord who showed mercy to me, a sinner. As I was doing this, my entire, previous, sinful and empty life was passing in front of my eyes. There was no light in it, no moment of solace.

The rest of my stay at the baths was devoted to my spiritual transformation. I gave up my previous habit of walking, having fun in clubs and my other evil weaknesses. I spent the rest of my holidays in prayer, reading books and thinking about all those events which I had experienced. Upon my return home, I gave up reading the remains of the cup, telling indecent jokes and engaging in idle conversations. I was happy and smiling among people, but I rather preferred to be alone than with company. What I had been through was constantly before my eyes. I could not get out of my mind the words which Saint Peter the Apostle told me that I must utilize the rest of my time for my salvation.

I was very careful not to let anyone know of my experience before the end of three months. I would wake up, read prayers and cry. On the eve of every Wednesday and Friday I would ask my wife to cook a fasting dish for me, while my son and she could eat what they liked. Funnily enough my wife never once asked me why I was fasting ever since I returned from the baths. She only asked me for the first time two days before the expiration of the forced silence on the subject of my vision. Thus, during lunch, my wife asked me:

“What’s the matter with you? You have become a different person in the last three months. We have been married eighteen years and you have never fasted not even for one day, never mind on Wednesdays and Fridays. You no longer look up the future in the remains of a cup. You no longer make those jokes of yours. You stopped inviting women from all over the neighborhood to crack jokes with. What is this that did not allow me to ask you about all these, but was urging me to go on preparing special dishes for you?”

There it is! Divine intervention did not allow my wife to ask me anything before three months have passed! I told her to have patience until the day after tomorrow and then I would account for everything.

Two days later, my wife, her sister and my son gathered around me to listen to my story. I told them everything the way it happened. They made the sign of the Cross in awe! They believed everything. Without asking for their opinion I told them:

“As from this day, you must stop swearing. I urge you to pray to the Lord and go to church. I am telling you that as from today we will often celebrate our family’s day, the feast of Saint Paraskevi. I am also urging and pleading with you to fast and take Holy Communion and never mind me when I keep the fasting days of Wednesdays and Fridays and all the other designated fasting periods. Neither should you bother me when I am praying to the Lord at home”.

My wife and my son promised me that they will stop swearing, will believe in God, and will cross themselves before and after dinner and before bed and that they will keep the family feast. They did not agree however to fast during all the fasting periods, go to church and pray morning and night. My wife told me that she would take Holy Communion once a year and that my son and she would commit themselves to fast on Good Friday, on Holy Cross Day and on the day of the Beheading of Saint John the Baptist. I didn’t attempt to force them to a tighter regime for the salvation of their souls, since they didn’t freely long for it.