Metropolitan of Lemesos (Limassol) Athanasios: “It is imperative that Cypriots unite”

Metropolitan of Lemesos (Limassol) Athanasios: “It is imperative that Cypriots unite” 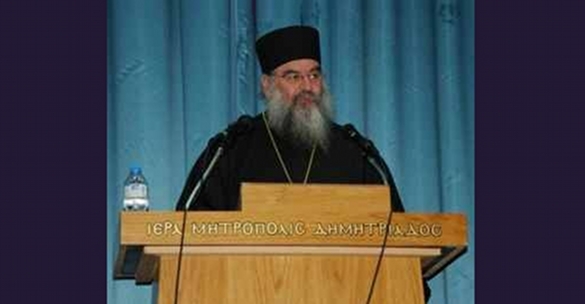 His holiness the Metropolitan of Limassol, Athanasios, spoke during a special event on Cyprus organized by the Holy Metropolis of Demetriados and the Union of Cypriots of Magnesia.

In a packed conference room, Metropolitan Athanasios spoke about the history of Cyprus, the hopes and aspirations of the Cypriots, young and old, to see their island united again as part of a just solution to the problem and gave a contemporary overview of the Cyprus issue. read more…He said he believed that the Church of Cyprus must not express either a positive or a negative view on any solution presented, since it will inevitably find itself at odds with a small or a large part of the Cypriot people, something which is not part of its job. He stressed that the Church’s mission is to leave the people to decide freely and then to support their decision, working at the same time to strengthen their unity, something which is imperative.

Venerable Metropolitan of Demetriados, Mr Ignatios, speaking during the event, stressed that both the Church of Greece and the Greek people understand the troubles faced by Greek Cypriots. He also emphasized the historically strong feelings of friendship and gratefulness which the people of Bolos have towards their Cypriot brothers, demonstrated by the existence of the Pancyprian Gymnasium of Bolos.

Mr. Ignatios also referred to the ongoing financial crisis and stressed the need for unity in order to overcome it. He also said that the Church has a very crucial role to play by supporting the people and meeting their needs as much as possible, by promoting and expanding its social solidarity network.