We Should Not Despair Even If We Sin Many Times

We Should Not Despair Even If We Sin Many Times 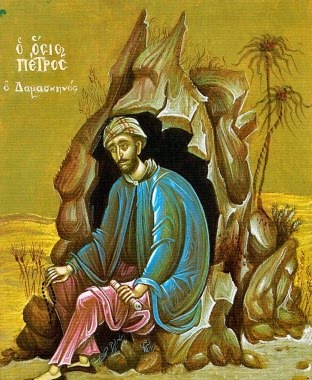 By St. Peter of Damascus

Even if you are not what you should be, you should not despair. It is bad enough that you have sinned; why in addition do you wrong God by regarding Him in your ignorance as powerless? Is He, who for your sake created the great universe that you behold, incapable of saving your soul? And if you say that this fact, as well as His incarnation, only makes your condemnation worse, then repent; and He will receive your repentance, as He accepted that of the prodigal son (cf. Luke 15:20) and the prostitute (cf. Luke 7:37-50). But if repentance is too much for you, and you sin out of habit even when you do not want to, show humility like the publican (cf. Luke 18:13): this is enough to ensure your salvation. For he who sins without repenting, yet does not despair, must of necessity regard himself as the lowest of creatures, and will not dare to judge or censure anyone. Rather, he will marvel at God’s compassion, and will be full of gratitude towards his Benefactor, and so receive many other blessings as well. Even if he is subject to the devil in that he sins, yet from fear of God he disobeys the enemy when the latter tries to make him despair. Because of this he has his portion with God; for he is grateful, gives thanks, is patient, fears God, does not judge so that he may not be judged. All these are crucial qualities. It is as St. John Chrysostom says about Gehenna: it is almost of greater benefit to us than the kingdom of heaven, since because of it many enter into the kingdom of heaven, while few enter for the sake of the kingdom itself; and if they do not enter it, it is by virtue of God’s compassion. Gehenna pursues us with fear, the kingdom embraces us with love, and through them both we are saved by God’s grace (Homily On 1 Timothy 15:3). 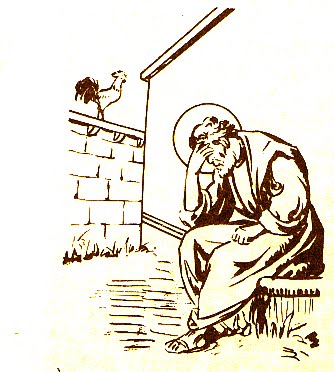 If those attacked by many passions of soul and body endure patiently, do not out of negligence surrender their free will, and do not despair, they are saved. Similarly, he who has attained the state of dispassion, freedom from fear and lightness of heart, quickly falls if he does not confess God’s grace continually by not judging anyone. Indeed, should he dare to judge someone, he makes it evident that in acquiring his wealth he has relied on his own strength, as St. Maximus states. St. John of Damascus says that if someone still subject to the passions, and still bereft of the light of spiritual knowledge, is put in charge of anyone, he is in great danger; and so is the person who has received dispassion and spiritual knowledge from God but does not help other people.

Nothing so benefits the weak as withdrawal into stillness, or the man subject to the passions and without spiritual knowledge as obedience combined with stillness. Nor is there anything better than to know one’s own weakness and ignorance, nor anything worse than not to recognize them. No passion is so hateful as pride, or as ridiculous as avarice, “the root of all evils” (1 Tim. 6:10): for those who with great labor mine silver, and then hide it in the earth again, remain without any profit. That is why the Lord says, “Do not store up treasures on earth” (Matt. 6:19); and again: “Where your treasure is, there will your heart be also” (Matt. 6:21). For the intellect of man is drawn by longing towards those things with which it habitually occupies itself, whether these be earthly things, or the passions, or heavenly and eternal blessings. As St. Basil the Great says, a persistent habit acquires all the strength of nature (Long Rules 6).

A weak person especially ought to pay attention to the promptings of his conscience, so that he may free his soul from all condemnation. Otherwise at the end of his life he may repent in vain and mourn eternally. The person who cannot endure for Christ’s sake a physical death as Christ did, should at least be willing to endure death spiritually. Then he will be a martyr with respect to his conscience, in that he does not submit to the demons that assail him, or to their purposes, but conquers them, as did the holy martyrs and the holy fathers. The first were bodily martyrs, the latter spiritual martyrs. By forcing oneself slightly, one defeats the enemy; through slight negligence one is filled with darkness and destroyed.

From A Treasure of Divine Knowledge in The Philokalia (vol. 3)