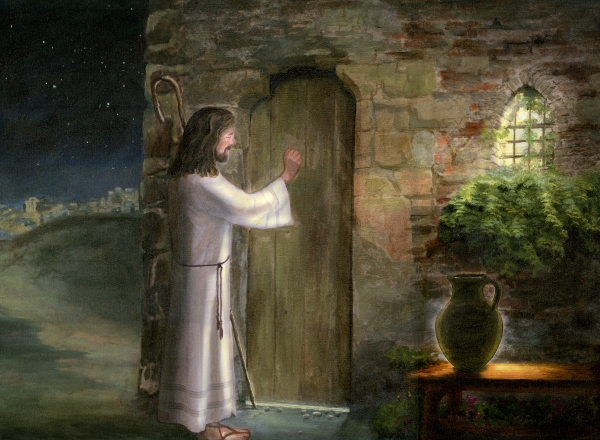 8 But, beloved, do not forget this one thing, that with the Lord one day is as a thousand years, and a thousand years as one day. 9 The Lord is not slack concerning His promise, as some count slackness, but is longsuffering toward us, not willing that any should perish but that all should come to repentance. 10 But the day of the Lord will come as a thief in the night, in which the heavens will pass away with a great noise, and the elements will melt with fervent heat; both the earth and the works that are in it will be burned up.

Returning to the scoffers’ question “Where is the promise of his coming?”, St. Peter urges his readers to not forget one very important thing ( the Greek phrase he uses literally says “Do not let this truth escape you.”). Alluding to Psalm 89/90:4 (“A thousand years in your sight are like yesterday when it is past and like a watch in the night”), St. Peter tells his audience that God’s timing is very different from ours. He is not saying that 1000 years of human time is exactly equal to one day of God’s time, as some evangelical teachers have claimed. “1000 years” is a round number that symbolizes “a very long time.” As FF writes, “[God] has an intensity we do not (being able to do in one day the work of a thousand years), and a perspective we do not (so that a thousand years’ passing does not wear out His purposes any more than does that of one day). Thus our human impatience is a poor measure with which to judge god’s designs” (134).

The scoffers of St. Peter’s day claimed that since it had been thirty years since Christ left the earth, and he had still not returned, therefore he would never return. Today, many people say the same thing. But the Lord’s failure to come back on our time schedule does not mean that he is “slack concerning his promise” to come back. Rather, he is delaying his return out of compassion for us; he is “not willing that any should perish but that all should come to repentance.” (Note how St. Peter here is echoing the Lord’s own thoughts in John 3:16-17). He delays to give people time to come to repentance. So the scoffers should actually be thankful that Christ delays his return. As FF states, “Rather than using the time elapsing before the Coming as an argument to blaspheme, the mockers ought to be using it to repent!” (134).

Our reaction to the Lord’s delaying his return should not be to grow slack and lazy (see the Parable of the Ten Virgins in St. Matthew’s Gospel). Rather, we should be ready at all times. For even if the Lord does not come back to earth in our lifetime, one thing is sure: we will all be going back to him, and sooner than we think! And when Christ does return, he will do so like a thief in the night; that is, unexpectedly and with no warning. Certainly, there will be (in our Lord’s words) “signs of the times,” but the exact time of his coming is unknown and will catch many off guard. Don’t let it be you!

When the Lord comes back, the heavens and the earth will pass away in fire. Not only that, but all our works will be judged through fire. In FF’s words, “All of our works will become manifest, and all our secrets known. Let all repent now for His sudden return will allow no time for repentance then” (135).