The Superhuman Courage of the Early Christians

The Superhuman Courage of the Early Christians 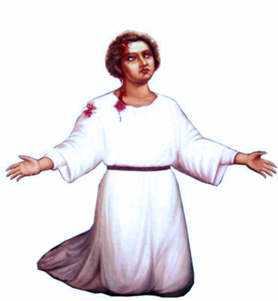 The superhuman courage and readiness of our Christian forebearers to endure all sufferings and voluntary death for Christ, evoked fear on their tormentors.

Emperor Maximian, a fierce and merciless persecutor of Christians, ordered his pro-consul in Antioch to release St. Andrew Stratelates from prison to freedom out of fear that the people, who respected Andrew more than they did the emperor, would rebel.

Emperor Valens ordered his eparch in Edessa to slay all Christians who opposed Arius. The eparch had more human compassion than the emperor and secretly warned the Christians at night not to come out of the city the following day into the field where they usually held services (since the Arians had seized all the churches in the city) so that they would not be killed.

The next day, contrary to this warning, all the Christians set out happily to the field, rejoicing that they will suffer and die for the True Faith. The eparch, going with the soldiers from the city, saw a Christian woman with a child in her arms as she hurried past the soldiers toward the field. The eparch said to her: “Have you not heard that the eparch, with his soldiers, will come and kill all that he finds there?” The woman answered: “I heard and, because of that, I am hurrying that I may die for Christ with the others.” The eparch further asked: “And why are you taking this child with you?” The woman replied: “I also want my child to become worthy of martyrdom together with me.”