The Holy Monastery of Saint Nicholas of the Cats

The Holy Monastery of Saint Nicholas of the Cats 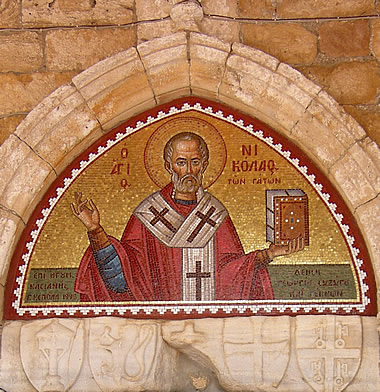 “It is wonderful to see them, for nearly all are maimed by the snakes: one has lost a nose, another an ear; the skin of one is torn, another is lame: one is blind of one eye, another of both. And it is a strange thing that at the hour for their food, at the sound of a bell, they collect at the monastery and when they have eaten enough, at the sound of that same bell, they all depart together to go fight the snakes.” – The Venetian Francesco Suriano (1484)

The Monastery of Saint Nicholas of the Cats is regarded as a sacred cat haven in Cyprus, as it’s name has been linked to felines for almost 2,000 years.

The original monastery was built in 327 AD, by Kalokeros, the governor of Cyprus appointed by Constantine the Great, and patronised by Saint Helen, the mother of Constantine the Great. At that time, a terrible drought affected the whole of Cypus, and the entire island was overrun with poisonous snakes which made building the monastery a dangerous affair. Many of the inhabitants left their homes and moved off the island, for fear of the snakes, but Saint Helen came up with a solution to the plague – she ordered 1,000 cats to be shipped in from Egypt and Palestine to fight the reptiles. 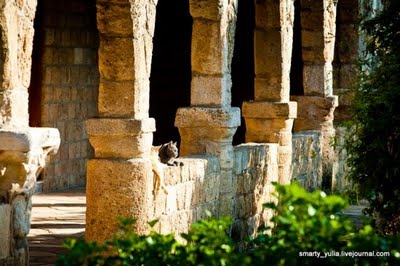 In the following years, the cats did their duty, hunting and killing most of the snakes in the Akrotiri Peninsula, which soon came to be known as the “Cat Peninsula”. The monks would use a bell to call the cats to the monastery at meal time, and then the felines were dispatched to their snake-hunting duties. Pilgrims from all around Europe traveled to the Holy Monastery of Saint Nicholas to see its feline guardians, and the discovered documents of a Venetian monk describe them as scarred, missing various body parts, some completely blind as a result of their relentless battle against the snakes. 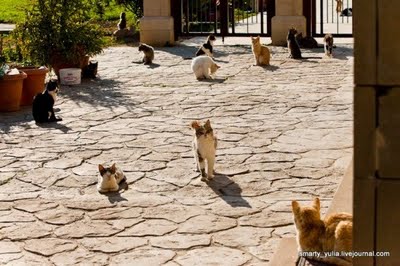 According to the writings of Father Stephen de Lusignan, in 1580, the Byzantine monks at the Monastery of Saint Nicholas were awarded the surrounding lands, on one condition – they had to take care of at least 100 cats and feed them at least twice a day. Legend has it, the cats were so well trained they knew that when the bell rang once they had to go hunting for snakes, and when it rang a second time, it was meal time at the monastery.

During the Turkish invasion, the Monastery of Saint Nicholas of the Cats was completely destroyed and its residing monks slaughtered or taken into captivity. Left without food and shelter, the cats left and wandered around the island, which explains the large number of cats currently living in Cyprus. Even now, locals appreciate their help in getting rid of the snakes centuries ago, and takegood care of them, even if they’re strays. 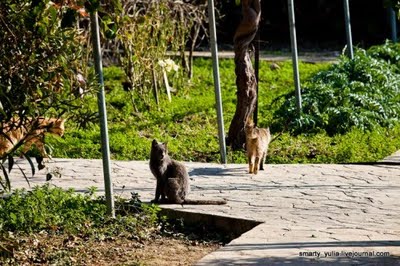 After being rebuilt and abandoned several times, the modern history of the Monastery of Saint Nicholas of the Cats began in 1983, when it was assigned to a group of nuns. When they arrived there wasn’t a cat in sight, but the number of snakes was once again overwhelming, so they did exactly what Saint Helen did over 1,500 years ago – they brought in a couple of cats. Their numbers grew, over the years, and there are now six nuns at the monastery and over 70 felines. Many people bring abandoned cats to this place, and the nuns take them in.

The Monastery of Saint Nicholas of the Cats receives a small subsidy from the government, but that isn’t enough to take care of the entire feline population, so the nuns rely on donations made by locals or cat-loving tourists. 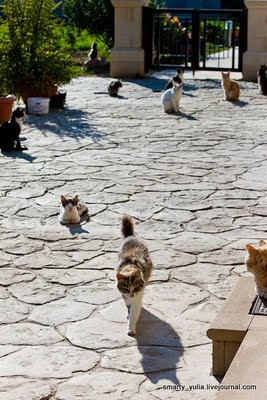