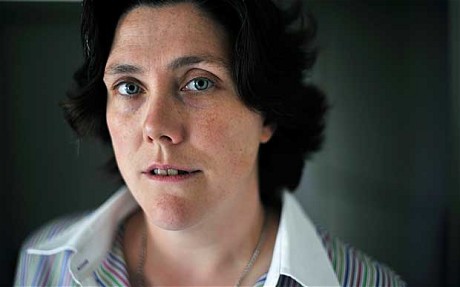 Margaret Forrester discussed the booklet with family planning staff at the health centre where she worked because she felt that the NHS was failing to give patients information about the risks and other options to terminating a pregnancy.

But after a six-month disciplinary process, during which Ms Forrester had to fight her own case and became ill, she was found guilty of “gross professional misconduct” and fired.

She has spoken out over the “scandal” of the pro-abortion culture in the medical profession and claimed that Christians were “an easy target” for “politically correct” bureaucrats in the NHS.

“The NHS has a pro-abortion stance which comes from a secular religion. It is a belief system which is aggressively anti-Christian,” she said.

Ms Forrester’s difficulties began on Nov 2 last year, when she had an informal conversation with a colleague in her role as a psychological wellbeing practitioner in Westminster, central London.

The 40 year-old, from Battersea, south London, was worried that women seeking medical advice for a “crisis pregnancy” were routinely offered abortions without consideration of other options, and with no meaningful discussion of the risks.

“Women would be coming in crisis — anxious, depressed, alone,” Ms Forrester said. “As an example of the patients I was concerned about, I showed my colleague a copy of a pamphlet called Forsaken, which details five true stories of women who had an abortion, were traumatised and were not informed of the potential consequences or alternatives.”

But a week later, after her managers found out, Ms Forrester was suspended from her duties at Central North West London Mental Health Trust. Last month, after a series of lengthy hearings and an unsuccessful appeal, she was sacked.

“There is a conspiracy of silence in this country on the issue of abortion,” she said. “If we are professionals, we really must listen to patient experiences.”

There is no room in the “dysfunctional” NHS even for a conversation between colleagues that respects a traditional Christian viewpoint, said Ms Forrester, a Roman Catholic. “Christians are an easy target. There are frankly so few of us who are trying to practise our Christian faith that we become a minority.”

The ultimate reason for her dismissal was her refusal to work in a new role in a different mental health team, to which she was transferred as a disciplinary measure. Ms Forrester accepted the job verbally but claimed she was give insufficient information and lacked training.

She is considering taking the matter to an employment tribunal, in an attempt to remove the finding of “gross professional misconduct” from her employment record. “The day I was fired I felt like a sunflower drooping. I remember saying, ‘I’m finished’. It has been very difficult.”

Central and North West London NHS Foundation Trust “totally refuted” any suggestion that it had unfairly dismissed Ms Forrester or attempted to “silence” her. The sole reason for her dismissal was that she “refused to come to work” in the new role that she had previously agreed to take, and for which training was in place, it said in a statement.

It said she was dismissed because she “failed to undertake the duties of her post, she failed to follow a reasonable management instruction to attend work and her absence from work was unauthorised”.