The Benefits of Ignorance

The Benefits of Ignorance 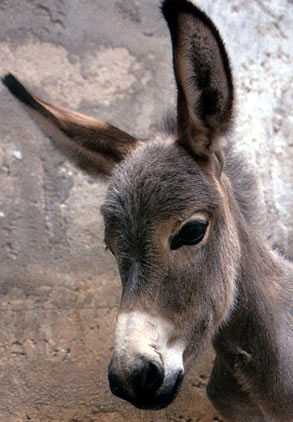 I have had conversations in recent comments sections on the role of reason in the Orthodox life. I readily acknowledge that no one lives without some use of reason – but I contend that most of what forms the content of our life in Christ is not reason. The faith does have to contend with attacks and challenges from many arenas – and yet its success will not be established by the superiority of its arguments, but by faith in Christ. Arguments are often unfruitful in “reasonable” exchanges, for the form of Orthodox reason often differs from the form reason takes in many places. Alisdair MacIntyre has, to my mind, firmly established the growing incommensurable character of the many “rationalities” of our culture. Orthodoxy speaks itself most properly when it speaks “as the oracles of God” (1 Peter 4:11). This difficult apologetic requires that deep speak to deep. It is a very difficult discipline, but it saves both the speaker and the hearer, whereas argument may destroy them both. This article is a reprint, with small changes, on a theme I have addressed a number of times. 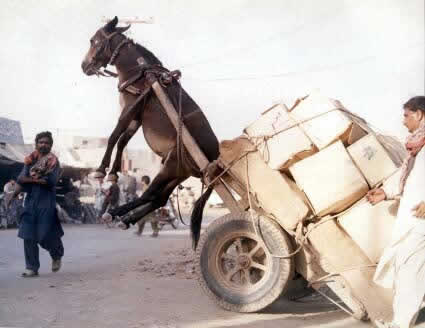 Of course, I have to begin this post with the acknowledgement that I am an ignorant man.

Having gotten that out of the way, I want to spend just a few moments on the benefits of ignorance. Several years ago I was blessed to have a conversation with Fr. Thomas Hopko while we waited in line to greet the new Metropolitan of the Orthodox Church in America. Fr. Thomas is the retired Professor of Dogmatic Theology at St. Vladimir’s Orthodox Theological Seminary in Crestwood, NY. He has taught a generation of priests.

Our conversation turned to writing. My comment came from my reflection on the experience of writing this blog. I noted that the more I write, the less I seem to know. Part of this realization flows from the fact that I try to restrict my writing to those topics of which I have some knowledge (experience). His smiling response came immediately: “Someday you won’t know anything and then you’ll be holy!”

It was not entirely spoken in jest. There are many forms of knowledge – or many kinds of knowing which our limited language describes as “knowledge.” For Christians the most dangerous form of knowledge is that which we simply acquire through reading and study. It is largely just information. Of course, if you have enough information you can manage the illusion of actual knowledge.

I know a lot of numbers, but I am not a mathematician. I have met mathematicians. Most of what they know is not about numbers – strangely.

There is no great sin in ignorance – or at least there is far less sin in ignorance than in knowledge. The simple truth is that we will not know anything of value until we first know that we do not know. In the competitive world of American Christianity, this is hard. It is not hard for ignorant people to argue – but it is very hard to argue while at the same time admitting that you are ignorant.

This ignorant man has spent a lot of years acquiring “knowledge” (falsely so-called). Knowledge of the sort that is readily available is not at all the same thing as knowing God – the only knowledge that has worth (though every true form of knowledge flows from that single knowledge). Somewhere in the course of my life I came to the place of spiritual exhaustion – I wanted to know God badly enough that I didn’t want to know something else in His place. So I became an ignorant man.

Today I know very few things. And though I write almost every day – if you go back and read what I have written you will see that I know very little. I say many of the same things to different questions, for they are the answers I know.

Thus when I wrote a while back that I had never seen a case of righteous anger – I did not mean to say there was no such thing, only that I’ve not seen it in 57 years of life. I have seen anger that would seem well justified (the anger a husband has over the senseless murder of his wife). But I have seen the same anger kill the man who bore it.

I remember an Abbot, a friend now deceased, who said that after the Vietnam War many young people came to the monastery – ”They were so angry about peace,” he observed.

I served as an Anglican priest while the Episcopal Church inexorably jettisoned its traditional doctrine. I was consumed with anger. My anger did not save that Church and did me (and likely many others) great harm.

The great good news is that Christ came to save ignorant men. We are easier to save if we admit our ignorance up front. Our opinions are so much dead weight. I know very little of God. I know that He is good – beyond any grasp of my knowing. I know that He loves in the unfathomable measure of the good God entering Hell in order to bring us out.

I have been in several versions of hell and rescued numerous times. Ignorant men are always getting themselves into stupid, dark places.

That God is good, that He loves us without measure, that He will go to any lengths to rescue us – I know a little about these things, though even of these things I am mostly ignorant. But I will not tire of speaking this good news. Ignorant men everywhere may be glad to hear it.