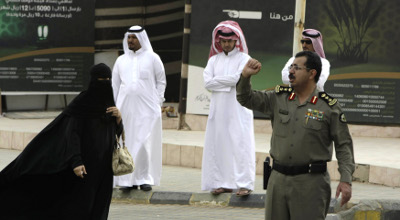 Saudi Arabia arrested 29 Christian women and six Christian men, all Ethiopian citizens, on Dec. 15 after they held a prayer meeting in Jeddah.

“The Muslim preacher vilified Christianity, denigrated the Bible and told us that Islam is the only true religion. The preacher told us to convert to Islam. When the preacher asked us, we didn’t deny about our Christian faith. I was so offended with her false teachings that I left the meeting,” said one of the female prisoners who spoke to ICC in a telephone interview from Briman jail in Jeddah.

“Why don’t they release us? We want to go back to our country and worship freely,” said the prisoner. Several different media outlets, including the BBC, have reported that the Christian prisoners will be deported back to Ethiopia. However the prisoners themselves reported to ICC today that they are unaware of any such decision and do not know when or if they will be released.