Let’s not shoot at people in the name of Christ! (Elder Paissios the of Hoyly Mount Athos)

Let’s not shoot at people in the name of Christ! (Elder Paissios the of Hoyly Mount Athos) 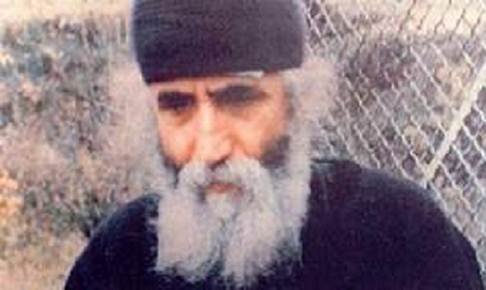 I told someone once: ‘What are you? Are you Jesus’ warrior or a fighter for the tempter? Do you realize that there are also fighters for the evil one? A Christian ought not to be a fanatic but ought to love all people’.

Whoever speaks without discretion, he harms people even when he is right. I met a writer who was very devout, but when he was talking to laymen, he was very blunt to the extent that they were shocked. He told me once: ‘I said such and such to a lady during a meeting’. However, he had talked in such a way that he had ‘damaged’ her, offending her in front of everyone.

‘Look’, I said to him. ‘You throw wreaths with diamonds at people. But the way you do it, breaks their heads, even the heads which are not very sensitive. Let’s not throw stones at people, in the name of Christianity. Whoever… rebukes one in front of others because he had committed a sin, or talks to someone aggressively, he is not moved by the Spirit of the Lord; He is moved by another spirit. The way of the Church differs from the way of the law.

The Church always perseveres and looks for ways to help one, no matter what one did, no matter how much he had sinned. There is some strange logic to be found among the devout. It is ok that they are devout and that they possess the desire to do good but they also need to acquire spiritual discernment and broadmindedness if they are to avoid being narrow minded.

The whole point is for one to acquire a solid spiritual state and discernment, otherwise he remains within ‘the letter’ of the law which ‘kills the law’.

He who has acquired humility never pretends to be a teacher; he listens and if asked speaks humbly. He never talks assertively but says: ‘I think such and such’ or ‘the holy fathers said such and such’. In other words he speaks as if he is the pupil. He who believes that he is able to correct others is very selfish.

– Elder, when one has a good intention to do something but goes over the top, does he lack discernment?

– He is full of pride and does not realize it, because he does not know himself. That’s the reason he goes over the top. Occasionally people begin to do something out of reverence but look what they end up doing! Just like the icon- lovers and the icon- fighters. These are the two extremes!

– The former reached the stage where they would scratch the wood on Jesus’ icon and pour the chippings inside the Holy Grail to make the Holy Communion better! The latter would burn the icons and throw them away!

– It is for this reason that the Church had to place the icons high up. When the fighting broke off, the icons where lowered so that people would worship them and honor the person depicted on the icon.

‘Whatever we do, we ought to do it for the Lord’

– Elder, I normally try to avoid hurting others or fall from their eyes; I never think about saddening the Lord. How is it possible to increase the fear of God in me?

– You need to be vigilant. Whatever one does, one ought to do it for the sake of the Lord. We normally forget about the Lord and as a result we think that we are doing something special. We love to be people-pleasers and try to avoid falling in their eyes. On the other hand, when one acts while thinking that the Lord sees him and watches him, he treads with confidence. On the contrary, when all he does is looking to please people and winning their favor, he loses everything. Everything he does goes in vain.

For every deed, one must ask himself: ‘Ok. I like this. Does the Lord like it also?’ And then he must see whether what he does is pleasing to the Lord. If he forgets to do this, he then forgets all about the Lord as well. In the old days people would say: ‘for God’s sake!’ or ‘He is fearless of the Lord; isn’t he afraid of the Lord?’ Or ‘God willing we will do such and such’ or ‘If the Lord wishes it , we will do such and such’. They felt the Lord’s presence everywhere and had constantly the Lord in mind and thus they were careful. “I have set the Lord always before me; because he is at my right hand, I shall not be shaken” (Psalms 16, 8). And indeed they were not shaken.

These days as you see, many people become westernized and avoid doing harm out of politeness. However, whatever one does, one ought to do it purely for Jesus; he ought to have in mind that Jesus sees him and is watching him. Jesus ought to be at the centre of his every deed. His deeds must not be contaminated by anything secular. If we act in order to please people, we derive no benefit. We must be very careful on this.

One always ought to be aware of the reasons behind his every act and as soon as he recognizes that it is tainted with any desire to please people he ought to reject the deed immediately. When there is such a desire it is as if one tries to drain water with a bucket full of holes.

We create most of our own temptations especially when we act out of selfishness. When we act in such a way, we wish to place ourselves above others and strive to satisfy ourselves. No one ascends to Heaven through worldly achievements; only through his spiritual descent. He, who always walks low, always treads carefully and never stumbles. Therefore, we ought to try as best we can to uproot the desire for worldly awards and worldly successes; these constitute spiritual failure. We ought to detest any hidden or obvious selfishness and the desire to please others and ought to love Jesus with honesty.

When we wish to genuinely assist our neighbor, then we genuinely please Jesus. This is where we must place our emphasis: how to cleanse our act in helping our neighbor. That is, how to remove any trace of the need to pleasing people in our actions. It is only in this way that our human offering will reach Jesus.

When one tries to clarify Ecclesiastical issues in a seemingly orthodox way, when really deep down he is only interested in showing off, how is he ever going to be blessed by the Lord?

One ought to try living in such a way as to be kin to the Lord. One ought to always watch himself to see if he is following the Lord’s will.

When he does follow God’s will, then he becomes God’s kin and whatever he asks of Him, he will receive. He will constantly drink water from the source.

EXCERPTS FROM THE BOOK: ELDER PAISIOS THE HAYIORITE, DISCOURSE VOLUME B: SPIRITUAL AWARENESS.

Source for the Greek text: anavaseis.blogspot.gr/