From pride to repentance (Saint Maximos the Confessor)

From pride to repentance (Saint Maximos the Confessor) 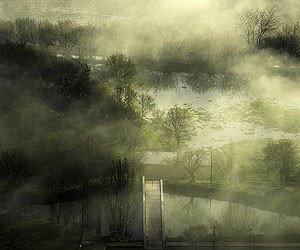 People who are proud of the gifts they’ve received and boast as if they hadn’t received them from God (I Cor. 4, 7) rightly call down upon themselves the wrath of God, Who allows the devil to wage mental warfare against them, to disturb them in the manner of practicing the virtues and to muddy their transparent knowledge in contemplation.

In this way, they’ll learn about their sickness and recognize the only force within us that fights against the passions.

And when they’ve repented and been humbled and have cast off their boastful conceit, God will have mercy on them and they will avoid the wrath which descends upon the unrepentant and which takes away the Grace which guards the soul and leaves the thankless mind a desert place.

From pride to repentance Saint : Maximos the Confessor