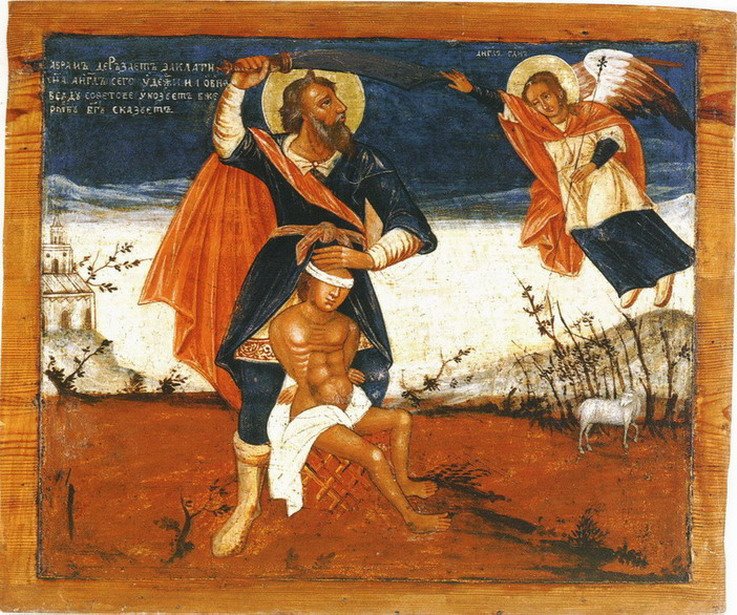 By faith Abraham, when he was tried, offered up Isaac: and he that had received the promises offered up his only begotten son, Of whom it was said, That in Isaac shall thy seed be called: Accounting that God was able to raise him up, even from the dead; from whence also he received him in a figure.

St John Chrysosotom, in his commentary on these verses, writes:

And he shows another thing too, by saying, that God tempted Abraham. [Genesis 22:1] What then? Did not God know that the man was noble and approved? Why then did He tempt him? Not that He might Himself learn, but that He might show to others, and make his fortitude manifest to all. And here also he shows the cause of trials, that they may not suppose they suffer these things as being forsaken [of God]. For in their case indeed, it was necessary that they should he tried, because there were many who persecuted or plotted against them: but in Abraham’s case, what need was there to devise trials for him which did not exist? Now this trial, it is evident, was by His command. The others indeed happened by His allowance, but this even by His command. If then temptations make men approved in such wise that, even where there is no occasion, God exercises His own athletes; much more ought we to bear all things nobly.

And here he said emphatically, By faith, when he was tried, he offered up Isaac, for there was no other cause for his bringing the offering but that.