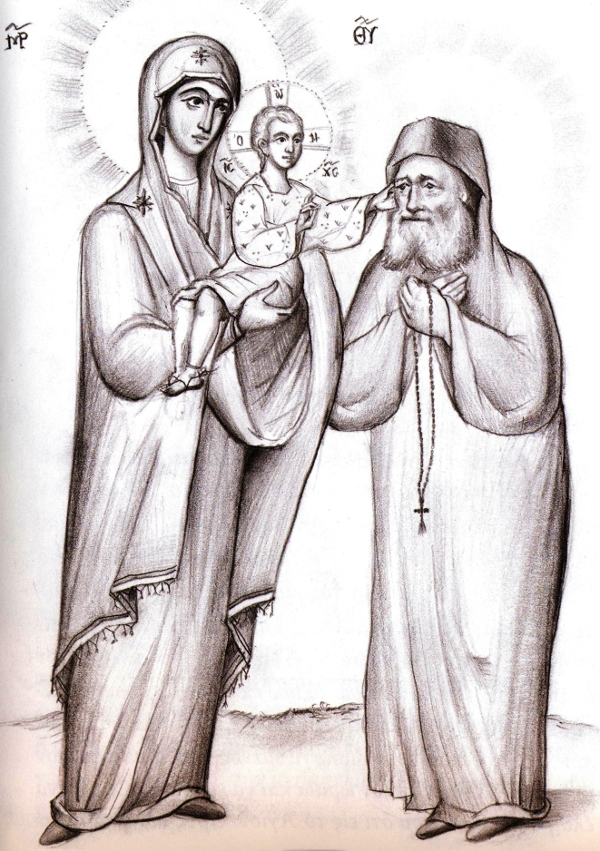 5. The Differences between the Trials

Spiritual Fathers also participate in this law of ‘communion’ by bearing the burdens and the weaknesses of their spiritual children through prayers and other struggles which supplement what is lacking in others. There is also another way, according to the Fathers, in which one person may be a sharer in someone else’s trials, and this is as follows: the accuser shares in the trials of the accused, the slanderer in those of the slandered, the wrongdoer in those of the wronged – especially when those who are wronged endure the harm done to them without a murmur.

We shall speak at this point of the trials of those who are making progress as a result of their attentiveness and willingness to struggle, which – again in the judgement of our Fathers – are usually the following: indolence, heaviness of body, languor of the limbs, listlessness, confusion of the mind, suspicion of bodily sickness – faintheartedness, in other words – darkening of the thoughts, being abandoned by human help, constriction in their external needs and the like. All these things, when – by God’s consent – they befall participants in the struggle, give rise to a sense of dereliction. Their faith then begins to be waver, as if the hope which had given them heart up till then had been cut off. But secretly grace consoles them so that they do not change their regime, because it convinces them that the trial has not come from themselves, since everything testifies that they have not abandoned their consistent good practice. After facing this difficulty and receiving the mystical consolation of grace, they turn with faith and yearning towards God who has power to save them, and fall down in humility asking His salvation, which is the end to which they have endured these trials. Such, according to the Fathers, are the trials of those who are advanced and making progress in spiritual matters.

In those who chance to neglect their duties or, which is the most terrible, fall into self-conceit and pride, the trials are different and harsher, in the same way as surgical operations and excisions are called for in cases of serious illness. The demons at first make war on them openly and quite shamelessly and insistently, and beyond their strength (cf. 1 Cor. 10:13). They experience a darkening of the intellect so that they lose the power of discrimination altogether, and imbecility and idiotic thoughts abound; an intense war of the flesh, pressing their will to go contrary to nature; anger for no reason and intractability in whatever concerns their own will; quarrelling on the spur of the moment and rebuking people at random; blasphemous thoughts against God; a loss of courage in the heart; being mocked by the demons, secretly and openly; lack of restraint in idle talk and, in general, a desire for the world and for idle vanities. After that, trials which are severe and hard to dispel: strange and unaccustomed symptoms of illness and painful wounds, a poverty and dereliction that is unaccustomed and defies consolation and everything else that is impossible and insoluble, which gives rise to despair and fear because the heart is devoid of hope. All these things are consequences mainly of pride, and come upon the person who has been led astray into believing in himself; and all these are the medicines for his healing, to make him sober up and humble himself and vomit out the bile of this devastating perversion.

As in matters of grace there are means of assistance which augment our progress both in time and in quantity, so also on the side of error there are factors which contribute to its fluctuation. On the side of grace, when by the grace of Christ someone treads the strait and narrow way (Mt 7:14) of the commandments according to the measure of his understanding, he increases the aid and illumination given by grace if he also acquires humility and sympathy in the service of love. Something comparable happens on the side of error. If impatience and grumbling are added to it, one’s cross becomes twice as heavy if not more. Faintheartedness and lack of hope are the most excruciating horrors of the unseen war, and are reserved for hard and unhumbled characters as the harshest lesson, which is a taste of hell itself and of punishment, a palpable sign of desertion and dereliction. Here it takes the prayers of saints and the intervention of a miracle for the heart to be softened. Many prayers and tears are needed for this sick soul to be reunited with grace and so be healed: otherwise it is inevitable that error will conquer, and that way lies madness and destruction.

O blessed humility and gratitude! Who is wise and will keep thy ways and understand thy statutes, that he may win thee totally and have thee as his intimate companion: that thou mayest go before him and follow him in all his ways, until thou presentest him to thy Master and King, who has taken thee as His delight and sharer of His throne and has revealed thee to us! For he says, ‘Learn from me, for I am gentle and lowly in heart’ (and not just in appearance) ‘and you will find rest for your souls’! (Mt 11:29).

It was not our intention to repeat so many problems and explanations well known from our Fathers; we were carried away by our train of thought, since almost unintentionally we found ourselves amidst the whirlwinds of trials to which we so often fall victim through our many deficiencies and lapses in attention.

The ever-memorable Elder never stopped explaining to us at every stage of our life, in his own delightful way, the aim and purpose of these ‘contractual afflictions’. We saw the movement and functioning of these afflictions constantly within the framework of the spiritual law which regulated everything in our lives in detail. Indeed, how much wisdom is concealed here in those who have understanding in the science of the spiritual life, when they chart their course over this ocean of life using nothing but this lodestone of the spiritual law, ‘the law of the spirit of life’! (Rom. 8:2).