THE INSIDE STORY ON CYPRUS STOLEN PROPERTY CASES

THE INSIDE STORY ON CYPRUS STOLEN PROPERTY CASES 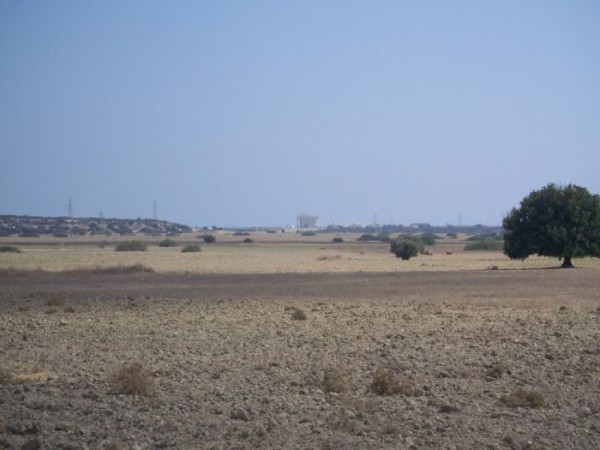 In attachment please find both recent court decisions on property issues. One by the British Appeal Court in favour of Apostolides against Orams and the second two days later on 21 January 2010 of Ioannides against Cagner a TURKISH CYPRIOT. Although second one is in Greek if you proceed towards the end and you will find some paras in English. It is the same story, even stronger because the second case is ruled against a TURKISHCYPRIOT and not a foreigner. Same decisions. The Turkish Cypriot even went as far as demolishing Mr. Ioannides property in Varosi ( Famagusta ) before the last court hearing.

The third attachment (although in Greek) is written by me and exposes Baroness Kinnock’s letter to the Court of Appeal on 20 July 2009 (see Apostolides case paras 65 and 116). The letter was written provocatively in order to influence the Court’s decision in favour of the Turks! Something that worked in our favour because it infuriated the Judges if one can judge  from their expressed anger at the intervention.

Furthermore researching into my archive I found and verified that. In mid June 2009 Turkish organisation here in London ‘Embargoed’ organised a mass protest against the decision of the European Communities Court in favour of Apostolides and delivered a petition to 10 Downing Street DEMANDING from Gordon Brown and the Foreign Office to intervene and stop the Appeal Court from recognising the  E.C.C. decision. Thus a month later ironically on the 20 July 2009 Baroness Kinnock as Minister for Europe at the time wrote a letter to the Appeal Court demanding exactly that in her attempt to impose upon it the Turkish demand.

Please circulate to all your recipients especially if you know any Greek websites that can publish. Thanks , all the best.

I have posted a comment in English on www.agora-dialogue.com  (Australian news website) and the article in attachment 3 already on www.greeknews-tanea.com  (in Greek though).

“The Orams played their role quite well. They were shaparoned, supervised, advised and had their legal expenses paid by the Turks. Barrister (wife to ex British Prime Minister Chery Blair QC) was paid generously by the TURKS, not by the Orams. I attended the previous court hearing and I saw with my own eyes how the so called representative of the occupied regime in London accompanied Mrs Orams all the way and sat next her in court.

It is a great victory for the Greeks of Cyprus and their plight for proper justice and their right to return and repossess their homes and properties. A decision that forbids anyone from the President of Cyprus to the last citizen of the Republic of Cyprus and beyond be they UN secretaries or foreign governments, to discuss and negotiate our stolen properties i.e. the property issue without the authorisation of the legitimate owners and title deed owners. Otherwise any bridge or violation or defience to the Court of Appeal’s decision constitutes CONTEMPT OF COURT which is punishable with imprisonment.

That is why the Turks in June 2009 called upon the British Government to influence the Court of Appeal to overturn the decision. In July 2009 the Foreign Office sent a letter to the Appeal Judges and tried it on them to please the Turks. But to the credit of British Justice they turned it down and named the provocative intervention in their 122 para (paras 65 and 116) deliberation in favour of Mr. Apostolides.”
http://agora-dialogue.com/?p=3090#comment-748a