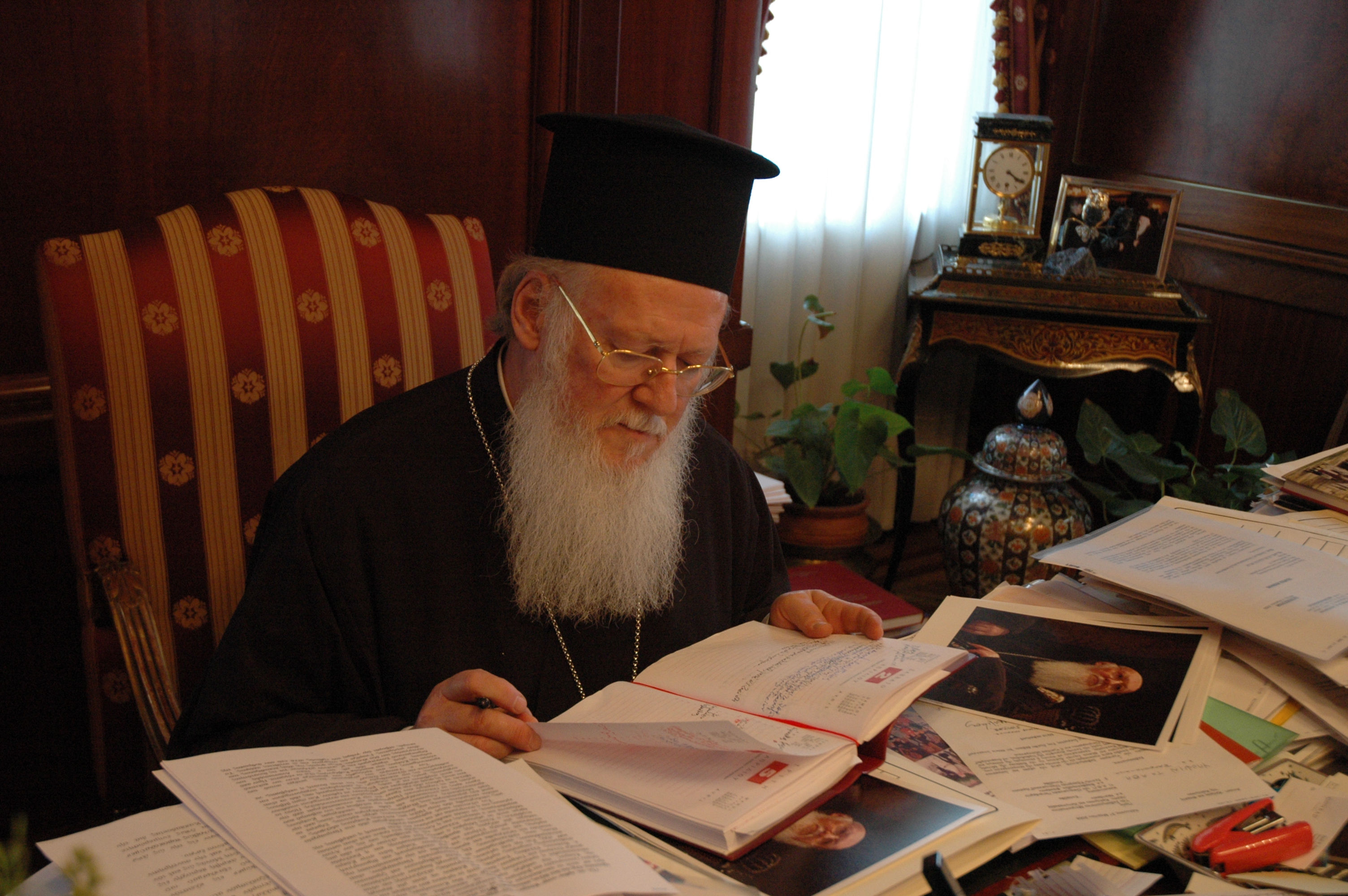 By His All Holiness

Inasmuch as, at the Ecumenical Patriarchate, we have long been concerned about problems related to the preservation of the natural environment, we have ascertained that the fundamental cause of the abuse and destruction of the world’s natural resources is greed and the constant tendency toward unrestrained wealth by citizens in so-called “developed” nations.

The holy Fathers of our Church have taught and lived the words of St. Paul, according to which “if we have food and clothing, we will be content with these” (1 Tim. 6.8), adhering at the same time to the prayer of Solomon: “Grant me neither wealth nor poverty, but simply provide for me what is necessary for sufficiency.” (Prov. 30:8) Everything beyond this, as St. Basil the Great instructs, “borders on forbidden ostentation.”

Our predecessor on the Throne of Constantinople, St. John Chrysostom, urges: “In all things, we should avoid greed and exceeding our need” (Homily XXXVII on Genesis) for “this ultimately trains us to become crude and inhumane” (Homily LXXXIII on Matthew), “no longer allowing people to be people, but instead transforming them into beasts and demons.” (Homily XXXIX on 1 Corinthians).

Therefore, convinced that Orthodox Christianity implies discarding everything superfluous and that Orthodox Christians are “good stewards of the manifold grace of God” (1 Peter 4.10), we conclude with a simple message from a classic story, from which everyone can reasonably deduce how uneducated, yet faithful and respectful people perceived the natural environment and how it should be retained pure and prosperous:

In the Sayings of the Desert Fathers on the Sinai, it is said about a monk known as the righteous George, that eight hungry Saracens once approached him for food, but he had nothing whatsoever to offer them because he survived solely on raw, wild capers, whose bitterness could kill even a camel. However, upon seeing them dying of extreme hunger, he said to one of them: “Take your bow and cross this mountain; there, you will find a herd of wild goats. Shoot one of them, whichever one you desire, but do not try to shoot another.” The Saracen departed and, as the old man advised, shot and slaughtered one of the animals. But when he tried to shoot another, his bow immediately snapped. So he returned with the meat and related the story to his friends.”

Your beloved brother in Christ and