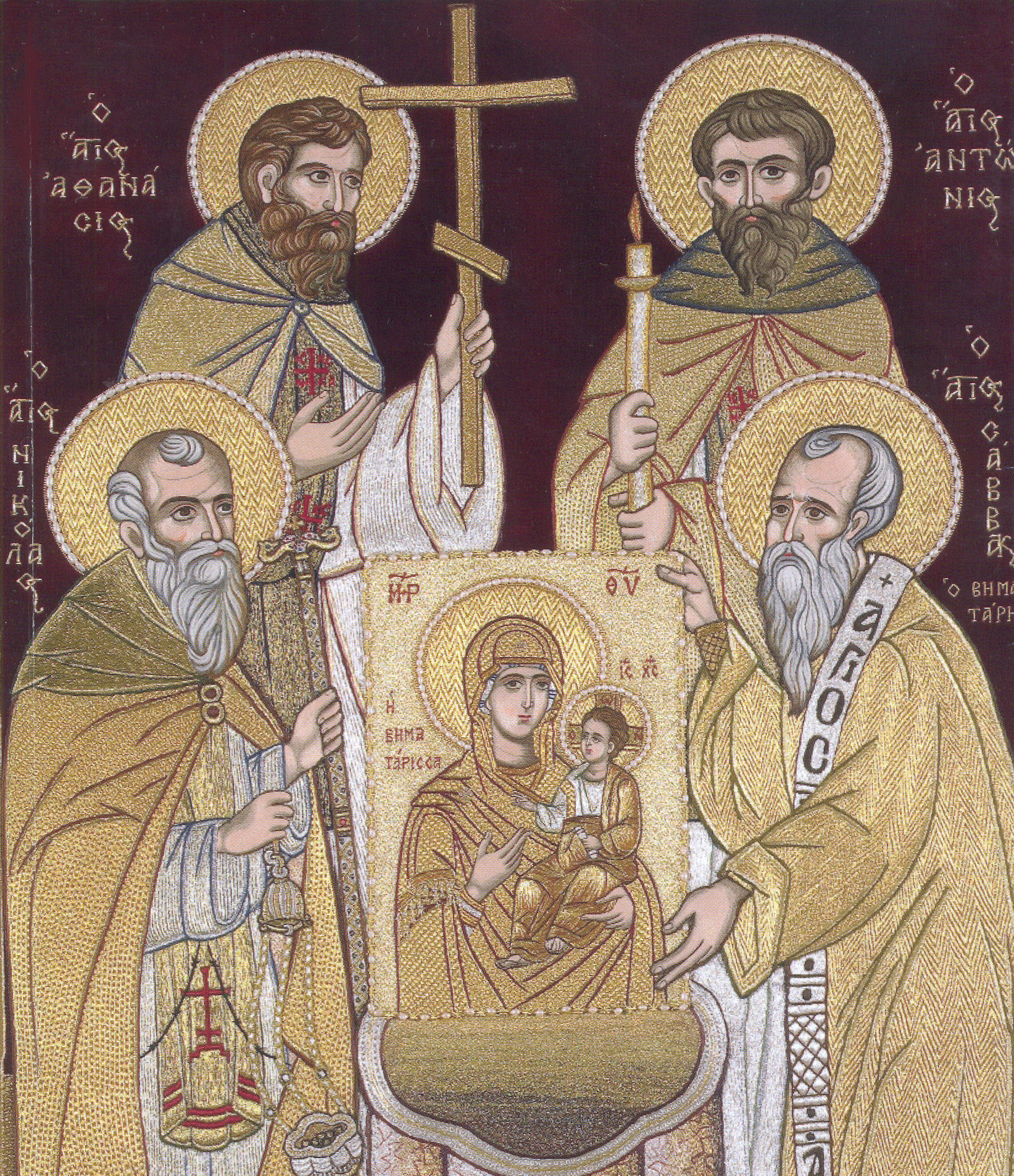 SOME OF THE SAINTS OF THE VATOPAIDI MONASTERY

All the saints of Vatopaidi are commemorated by a festal vigil on 10 July.

kelli: ‘Cell’. Dependency of a monastery ceded for their accommodation to not more than six monks.

lavra: A monastic complex, pre-dating the coenobium, consisting of separate accommodation or cells grouped close to each other.

metochi: A dependency of a monastery, whether a cell or an estate, usually with its own church or chapel.

piastre:Turkish unit of currency equivalent to 1/100 of a Turkish lira.

poungeion: Literally, a money bag. The amount differed according to the size of the bag, but it was generally a very large sum.

Protos: ‘The First’-the monk who presides over the executive council of four appointed from among the members of the Synaxis (q.v.) to administer the affairs of the Community of Athos.

Synaxis: Council, with its seat in Karyes, consisting of a representative from each of the 20 monasteries; the authority through which the Athonite Community exercises its autonomy.

synodikon: Reception room in a monastery used for entertaining guests and other gatherings.

synthronon: Seats, usually of stone, around the sanctuary apse of a church, behind the altar, used by the bishop and his clergy in early Christian worship.

typikon: A kind of ‘charter’ of a monastery regulating matters of order and worship.

TRANSLATION INTO ENGLISH BY GEOFFRY COX AND JOHN SOLMAN PRINTED BY A. MATSOUKIS S.A. EDITING FOR THE PRESS BY CHRYSOULA KAPIOLDASI-SOTIROPOULOU

Our Lady Hope of the Despairing. From the diptych of the so-called ‘ninia’. Late 12th century (front cover).

Schematic representation of the Monastery on the handle of a liturgical fan (back cover).