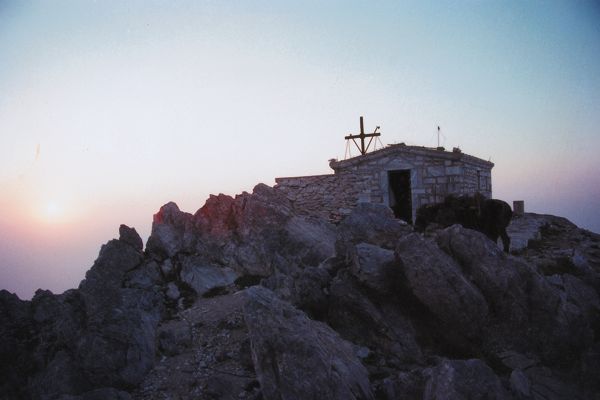 6. The Nature and Forms of Trials

Trials or temptations (peirasmoi) have been so named because they produce experience (peira) in those who are tried. As to their nature, they comprise all the distressing events in life, from the smallest pain to the greatest of all, which is death. They are also called collectively a Cross, because just as a cross tortures a man and puts him to death, so distressing things in general lay us low and destroy us. Sorrows do not have their beginning in the creation that was from the beginning, but are parasitic, symptoms accompanying our fallen state. They are born of transgression and sin, and that is why they are disgusting and repellent to life and nature, as causes and constituent elements of corruption and death, and always provoke aversion and repugnance. So in a certain way our life has been changed into boundless bitterness and sorrow, into an endless pain and labour, unending agony and unhappiness with lamentation as its one inseparable companion!

But blessed be our great God and Saviour Jesus Christ, who transformed this terrible threat and conspiracy against our nature. And not only that, but He turned it to our profit and benefit. When death was abolished and its place taken by life, its constituent elements and instruments were also converted to the service of life. The life and teaching of our Lord and even the martyrdom of His Cross, the comprehensive cross, the whole profusion of sadnesses and the totality of trials – all these were transformed from then on into means and methods of salvation for us. Since then and in perpetuity, all the throngs of the righteous, all the clouds of martyrs, all the choirs of the saved and all those who will press on towards life until the end of the age will look upon their trials with gratitude as the most practical method of attaining Life. Rightly have the Fathers said, ‘Take away trials, and no one will be saved.’ And Jesus bequeaths us this heritage, saying, ‘You are those who have continued with me in my trials’ (Lk 22:28). As we have said, in their nature they have a single character, that of comprehensive pain; but in their form they change in all sorts of ways, as the circumstances demand for the appointed benefit which has been ordained by God in permitting the trial. We will not speak at length about the detail of trials – why they happen, or where, or to what extent, or when, or where they come from – because, as the psalmist says, ‘If I would count them, they are more than the sand’ (Ps. 139:18). These things have been explained extensively and unerringly by our Fathers in their writings. We have reiterated only this much, that it is an essential duty of those who are being saved to confront temptations, as a mark of our faith and confession in the face of the rejection towards which evil in general impels us so forcibly. Through rejection of the commandment came the fall, through the confession and practising of it comes the resurrection. Through sensual pleasure comes every transgression and sin, through painful asceticism comes every confession and virtue, and glory to our God, who leads us to triumph through the Cross. But let us return to the subject.

The first systematic manifestation of entrenched war and temptation began after the revelation of his enlistment in the front line, in the vision related above, and once the Elder Ephrem had fallen asleep at St Basil. After he had embarked on a regime of struggle and stillness the war of the flesh began – these are the first passions to make war on us, according to the Fathers.

As an innate natural impulse the principle of procreation does not cease to manifest itself, particularly in maturity and especially when there is some cause to stimulate it. This principle is additionally troublesome if one is somewhat passionate by temperament. Often climatic conditions and, above all, diet contribute to the excitement of this desire. When the causes and movements of this principle are simply on the natural plane, then reason can easily impose its will and the moral law prevails. But when the unnatural influence and tyranny of satanic activity intervenes, then the whole thing takes on other dimensions: this is the begining of a hard and unequal struggle, and that is what we are talking about here.

As we mentioned above, the Elder Joseph had a strict upbringing, and no concession to moral error had humbled him in the realm of this experience. He knew nothing whatever of carnal things. He was quite literally a virgin, at least from what his close relatives assured us and what we heard from himself. That a violent appetite for carnal union should manifest itself in a mind free from prepossessions of that kind, in a place where there were absolutely no people or things to provoke it, in an environment of very strict and almost incredible self-control and spiritual combat in all its other aspects, and in a nature completely parched and ossified by deprivations even of physical necessities – this happens only in patristic texts. This was war of the flesh, war with fornication. This is to be found in the introductory lists of practical work, and usually concerns young men, those who are just beginning. With the ardour of his zeal, the vehemence of his intent to engage in the contest and his experience of divine aid, and all around him the sacred environment with which Holy Athos above all encompasses its disciples, the Elder Joseph faced this war bravely.

When the violence of the war was at its height, then other practical and technical methods were brought into play. Extended vigil, increased thirst, standing upright for long periods and particularly the ‘passion-prevention stick’ as the ever-memorable Elder called it, meaning beatings. And because the goal of this passion is purely pleasure and nothing else, since for monks and unmarried people no principle of need applies, it is justly punished by a corresponding pain and suffering, ‘driving out a nail by a nail’, as the saying goes.

His choice of the front line in the struggle, the frenzied fury of the demons and the rewards prepared by the Master who pays our wages were the factors governing the intensity of the struggle and the duration of this war. ‘I was fully aware of the war,’ he told us, ‘and I struggled hard. Whenever I reached a point of exhaustion where I could go no further, grace would give me strength and we would start again; but as time went on the war became more bitter, almost incessant.’ He gave up his bed (if it can be said that he had a bed at all throughout that half of his life), and constructed a wooden stool like an armchair so that he could rest his arms. On this he sat and on this he slept for eight whole years, as long as that war lasted, without turning on his side at all. ‘The war did not let up, so neither did I let up in my resistance, what with austerities and particularly with vigil and beatings. I wept, I groaned, I besought our Lady the Mother of God, who often comforted me, but no end was in sight. The war would quieten down for a bit so that I could draw breath, and then start up intensely once again. But my own body started to get worn out and my courage wavered, because my weapons were losing their force. I found relief in prayer, and that was what comforted me.’